'Outright cowardice': Dan Rather rails against Trump and the sycophants who enable him 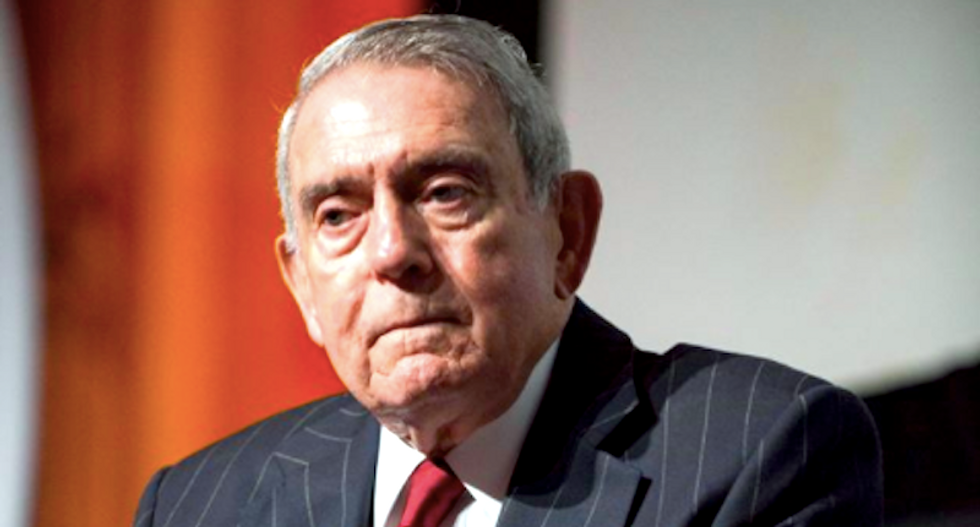 Veteran newsman Dan Rather was speechless over the weekend after President Donald Trump claimed former President Barack Obama wiretapped him in Trump Tower. But, Rather did say that the unhinged tweets at 6:30 a.m. are indicative of an "administration in freefall."

In a Monday Facebook post, Rather explained that the "real Donald Trump has stood up," and is on full display to the American people as the Commander-in-Chief. The days when Trump could stand before Congress and read a teleprompter like a responsible leader are gone, according to Rather. What it has replaced it is "a punchline to a joke no one wants to have told."

"Every one who normalizes Mr. Trump now, or has in the past, will have to answer to future generations for their acquiescence, silence or sophistry—if, indeed, not outright cowardice," he warned.

Rather named each of the times Trump has wielded a conspiracy theory so irrational that few sought to investigate. He went on to blame anyone that benefits from Trump and his unsubstantiated claims.

Rather said that many presidents fight to keep themselves in "the real world" and outside the bubble of the Oval Office, "but I have never seen anything like this."

"Power attracts sycophants and cynics," Rather wrote. "The sheer level of paranoia that is radiating out of the White House is untenable to the workings of a republic."

He's further concerned if Trump actually believes what he tweets. According to Rather, even former President Richard Nixon, "the most paranoid president to date," managed to lead the country with a calm and measured hand. This administration, however, seems to have gone into a bizarre "whirlwind" since taking office. If reports are true, Trump is even getting worse.

"There is a growing consensus that the President may be 'unhinged,'" Rather wrote. "It's a serious allegation, but even if it is not the case, Mr. Trump only has himself to blame.'

It's Shakespearean in its level of drama, according to Rather. He even predicts that artists of the future might even write their own versions of epic tales using Trump as a guide.

But, while Trump is hoping for a distraction, Rather thinks he misjudges the American people.

"We have woken," Rather closed. "We are paying attention. And we love our country too much to let it falter without a fight."