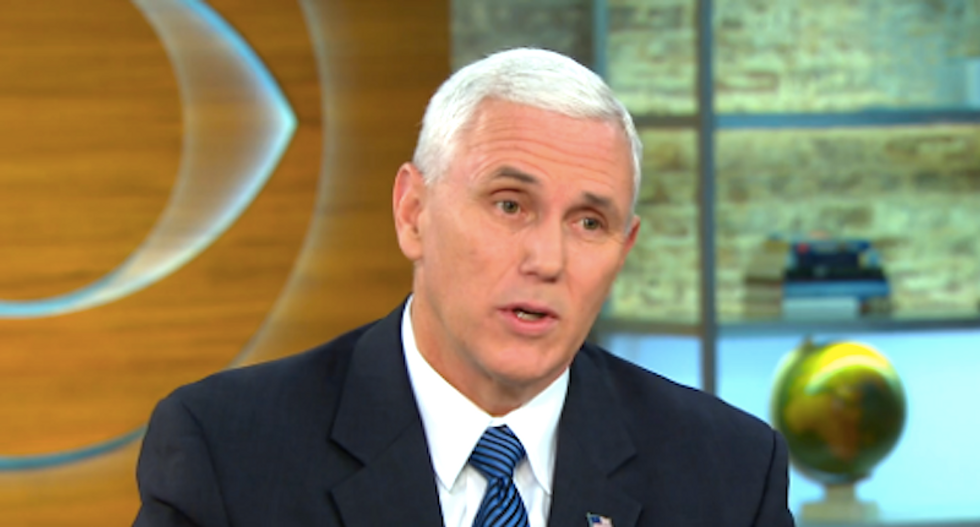 U.S. Vice President Mike Pence made a rare journey to Capitol Hill on Thursday to break a tie in a Senate vote to roll back federal funding for family planning and reproductive health.

In a 51-50 vote, senators advanced a resolution to kill a rule aimed at keeping federal grants flowing to clinics that provide contraception and other health services to low-income women in states that want to block the funding. In recent years states such as Texas have blocked some healthcare providers from receiving the grants.

After Pence broke the tie, the Senate began debating the resolution. The final vote, which could put Pence in the same spot of tie-breaker as president of the chamber, is expected on Friday.

The rule was enacted in the final full month of the Obama administration, giving lawmakers the opening to nullify it under the Congressional Review Act.

"This regulation is an unnecessary restriction on states that know their residents’ own needs best," said Republican Senate Majority Leader Mitch McConnell.

Most resolutions killing Obama-era regulations have sailed through the Republican-controlled Congress. They need to win only simple majorities in both chambers to go to the president for signing.

But this regulation involves the issue that has roiled the country for nearly a century - abortion.

The resolution was en route to failing by a single vote. Then Senator Johnny Isakson, a Georgia Republican who underwent back surgery recently and has been absent from the capitol, appeared on the Senate floor and created the tie. The Senate was put on pause for an hour until Pence could arrive.

The nonprofit Planned Parenthood, which provides abortions as well as pap and disease tests, breast exams and contraception, receives many federal grants. The funds, though, already cannot go to abortion services, Democrats said.

"Republicans didn't listen to us. They didn't listen to women across the country who made it clear that restricting women's access to the full range of reproductive care is unacceptable," said Senator Patty Murray of Washington, the senior Democrat on the health committee.

The obscure 1996 Congressional Review Act had been used only once successfully until this year. Since the start of February, it has been deployed successfully 12 times. The law sets a timing formula that means Congress can send any regulation adopted since the end of May to the chopping block.