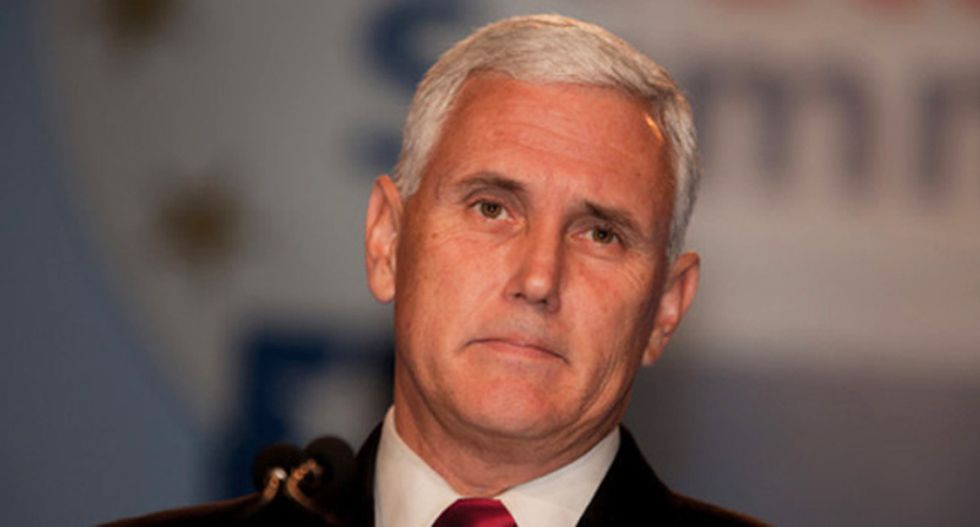 Vice President Mike Pence used his personal AOL email account when he was governor of Indiana, which he used for public business matters, the IndyStar reports. Pence used the private account even when discussing sensitive matters, including issues of national security.

The emails, which the IndyStar received through a public records request, were sent from the vice president's personal account, and included discussion of matters including security gates at Pence's home and Indiana's "response to terror attacks across the globe."

Pence's personal email account was hacked over the summer, prompting concerns from cybersecurity experts about the content on his private email. According to IndyStar, advocates for government transparency also expressed concern, noting that emails sent from a personal account could not be retrieved on a state server in response to a public records request.

The Trump campaign often questioned former Sec. of State Hillary Clinton's use of a private email server while discussing matters related to her position, even calling for an investigation of Clinton. The call prompted chants of "Lock her up!" at Trump rallies on the campaign trail.

According to CBS News, Pence told "Face the Nation's" John Dickerson he was grateful for the FBI's renewed investigation into Hillary Clinton just days before the November election. He called the previous decision not to continue the investigation "troubling."

“That original decision was really incomprehensible,” he said. “To arrive at a place where even in his testimony before the Congress, and in that long press conference that he gave … that literally Hillary Clinton had classified information on a private server that she said she didn’t have … that, to me, is the kind of double standard that the American people are weary of.”

Pence also told Fox News' Chris Wallace that the American people had a right to know what was in all of Clinton's emails. He wondered why "Hillary Clinton continues to refuse to turn over some 33,000 e-mails."