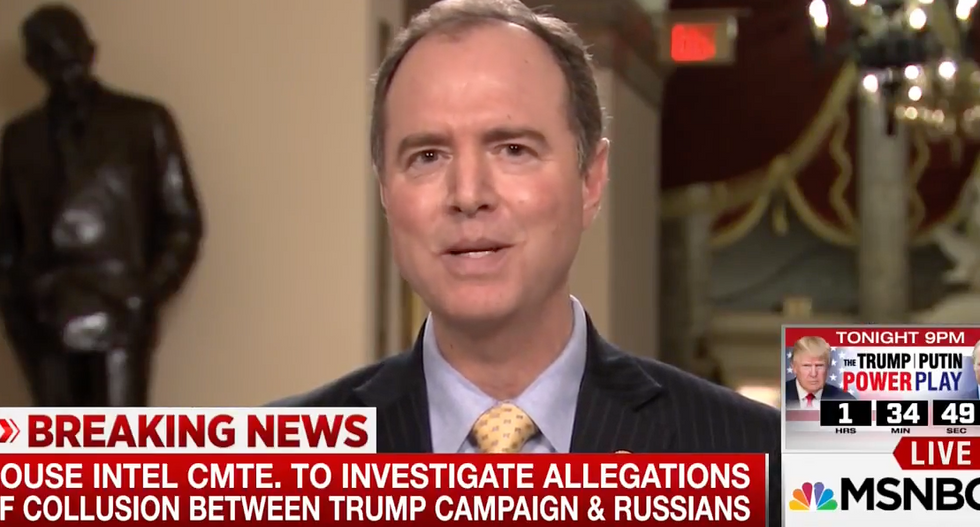 Rep. Adam Schiff (D-CA) on Wednesday confirmed that the House Intelligence Committee will investigate allegations of collusion between Donald Trump’s presidential campaign and Russian involvement in the 2016 presidential election.

“As a few minutes ago, we have reached a written agreement … that we will investigate allegations of Russian collusion with the Trump campaign,” Schiff told MSNBC’s Chris Matthews. “That will be very much a part of our investigation.”

Schiff added that the House’s investigation with be “thorough,” but noted if Democrats in the House “get to the point where we don’t feel we can do that job,” they “will be public about it.”