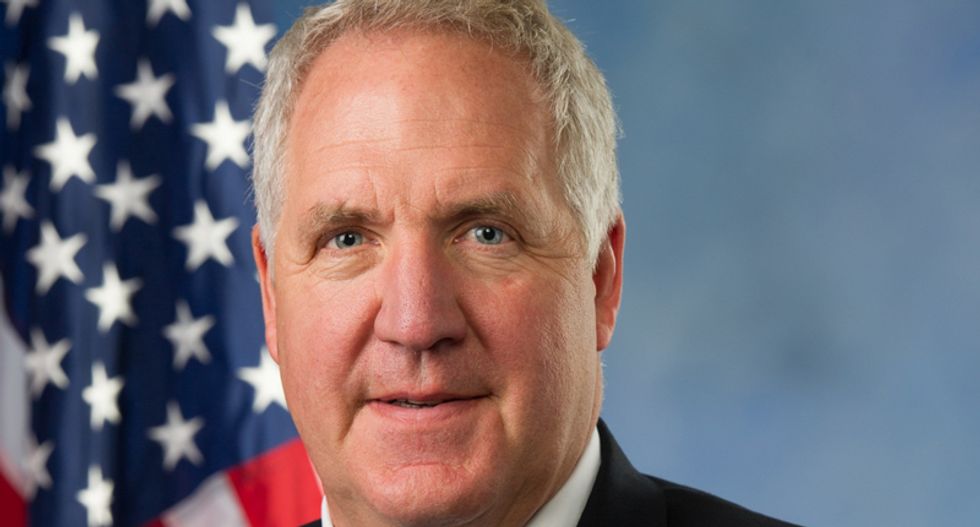 The Republican plan backed by President Donald Trump to overhaul the U.S. healthcare system cleared its first hurdle on Thursday, but its chances for passage in Congress looked uncertain with Democrats, conservatives and industry groups opposed.

The first of two House of Representatives committees considering the legislation that would undo much of the 2010 Affordable Care Act, popularly known as Obamacare, approved it before dawn after 18 hours of work on a party-line vote, with Democrats unified against it.

After the tax-writing Ways and Means Committee vote, the House Energy and Commerce Committee continued its marathon work lasting more than 24 straight hours, with Republicans swatting away Democratic amendments as emotions ran high.

But while Republicans have been itching for seven years to dismantle Democratic former President Barack Obama's signature domestic policy achievement, the party has failed to coalesce behind the plan unveiled on Monday by House Republican leaders.

Republicans control the White House and both houses of Congress for the first time in a decade, but passage of the legislation was not a foregone conclusion.

Conservative lawmakers and lobbying groups have lambasted it as too similar to Obamacare. They have sharply criticized its proposed tax credits to coax people to buy private insurance on the open market as an unacceptable new government entitlement program and have called for a quicker end to the Obamacare expansion of the Medicaid healthcare program for the poor.

In a series of tweets early on Thursday, conservative Republican Senator Tom Cotton urged his House colleagues to pull back, saying their measure could not pass the Senate without major changes. "What matters in long run is better, more affordable health care for Americans, NOT House leaders' arbitrary legislative calendar," he wrote.

The measure is the first major legislative test for Trump and his fellow Republicans amid questions about whether they can govern effectively after years spent as an opposition party under Obama.

Senate Majority Leader Mitch McConnell told fellow Republicans doubtful about the proposal that "we need to deliver" and urged them to get onboard.

"When you have a president of a different party, you can freelance all you want to," McConnell told an event sponsored by the Politico news organization.

"We need to get into a governing mode and start thinking about actually achieving something rather than just kind of sparring," he added.

Democrats denounced the bill as a gift to the rich that would force millions of people off of insurance rolls. At a news conference to decry the measure, Senate Democrats derisively referred to it as "Trumpcare."

"Trumpcare is a loser for just about all of America, unless you're in the top 1 percent," Senate Democratic Leader Chuck Schumer said.

Trump met with leaders of conservative groups on Wednesday but they remained opposed to key elements of the legislation. Vice President Mike Pence and Health and Human Services Secretary Tom Price held a series of meetings with lawmakers to try to win over Republican opponents.

Once the two committees have approved their parts of the legislation, the House Budget Committee is expected to merge them into one bill to be voted on by the full House. Republicans are eyeing mid-April for passage of the bill.

"This is an historic step, an important step in the repeal of Obamacare," said Republican Representative Kevin Brady, chairman of the House Ways and Means committee that approved the bill on a 23-16 vote.

Obamacare enabled 20 million previously uninsured people to obtain coverage. About half came from a Medicaid expansion that the new bill would end. Republicans have called Obamacare a government overreach that ruined the more than $3 trillion U.S. healthcare system.

The credit rating agency Standard & Poor's has estimated that 6 million to 10 million people could lose health insurance coverage under the Republican plan.

The Republican legislation would replace Obamacare's income-based subsidies to help people obtain medical coverage with a system of fixed tax credits to coax people to buy private insurance on the open market, end the financial penalty for not having health insurance, reverse most Obamacare taxes and end the Medicaid expansion.

The plan's cost and its impact on nationwide health insurance coverage remained unknown, with the nonpartisan Congressional Budget Office not expected to give its assessment until early next week.

Hospital groups, including the American Hospital Association, the American Medical Association and other provider groups have come out against the bill. The proposed changes to Medicaid have weighed on shares of hospitals, particularly Community Health Systems and Tenet Healthcare Corp, as investors worry about less government reimbursement.