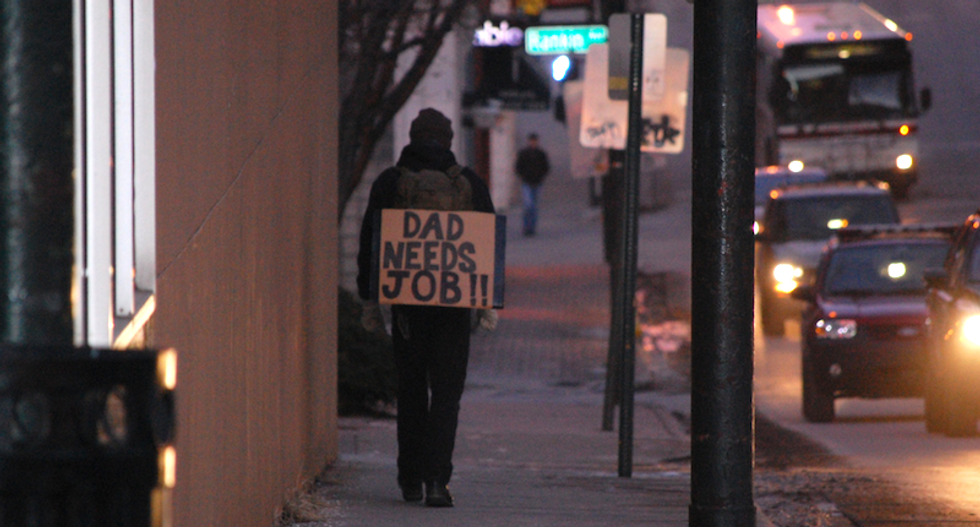 A new report from the Brookings Institution by economists Anne Case and Angus Deaton finds that the death rate among midlife, white working class Americans has steadily risen over the last two decades. Their findings noted the rising death rate could be connected to poor job prospects, familial issues, isolation, addiction, and obesity.

According to the Washington Post, an individual's education level plays a significant role in mental and physical health, noting that those with college degrees reported better general well-being than those without.

"Ultimately, we see our story as about the collapse of the white, high-school-educated working class after its heyday in the early 1970s, and the pathologies that accompany that decline," the report concludes.

"You used to be able to get a really good job with a high school diploma," said Case. "A job with on-the-job training, a job with benefits. You could expect to move up."

Middle-aged, less-educated white Americans in poor health is a phenomena on the rise — as is physical pain as a symptom — as the GOP has been putting the healthcare of many Americans at risk with its proposed repeal of the Affordable Care Act.

Similarly, the report's findings are not symptomatic of short-term economic cycles, but rather a "long-term disintegration of job prospects." The economists also connected obesity, and drug and alcohol addiction to stress and physical pain.

In that regard, Harvard economics professor David Cutler said the GOP's push to repeal Obamacare is like "bleeding a sick patient." In his own words, "Treat the fever by causing an even bigger fever."

Iraq closed public buildings and temporarily shut airports Monday as another sandstorm -- the ninth since mid-April -- hit the country.

In anticipation of Georgia Gov. Brian Kemp's expected primary win on Tuesday after Donald Trump's handpicked candidate's campaign went nowhere, Bulwark columnist and former Sen. Ted Cruz (R-TX) speechwriter Amanda Carpenter ridiculed the former president for not only being outplayed, but for being on the precipice of a high-profile humiliation.