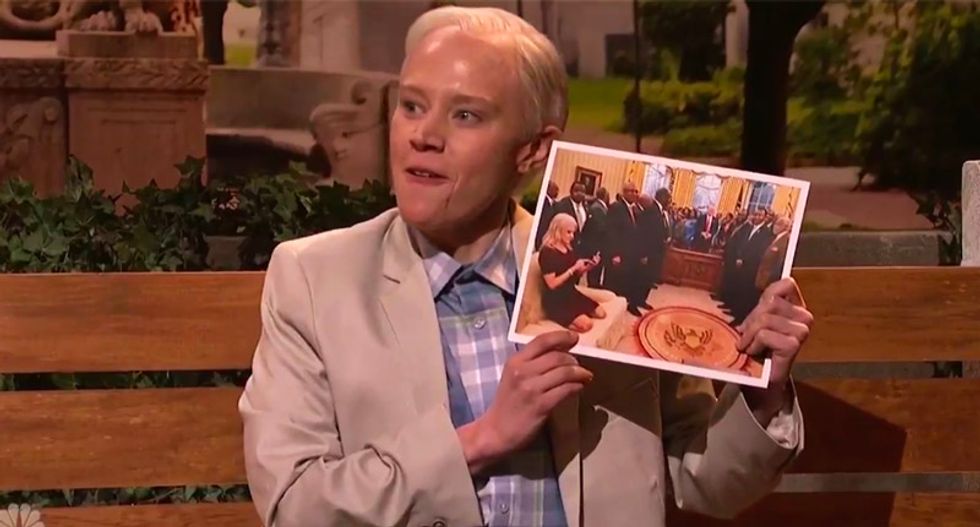 Sitting on a park bench, Session regaled a number of passers-by with the story of how a boy from Alabama ended up in so much hot water.

After explaining that he was "the Attorney General for the whole United States," Sessions said that he got into trouble, his lawyer said, "Run, Jeffy, run!"

"And I started running and running," he said.

Then a bus came and went and Sessions abruptly admitted, "I talked to the Russians. Twice."

Other passers by came and went, including cast member Beck Bennett as Vladimir Putin, who said, "This meeting never happened."

Octavia Spencer showed up dressed as her character Minnie from The Help, who famously served her racist boss a chocolate pie with poop in it.

"My name's Minnie and you don't know me, but I'm from a different movie," said Spencer before offering Sessions a chocolate pie.