Russia probe should focus on Trump financial ties: US senator 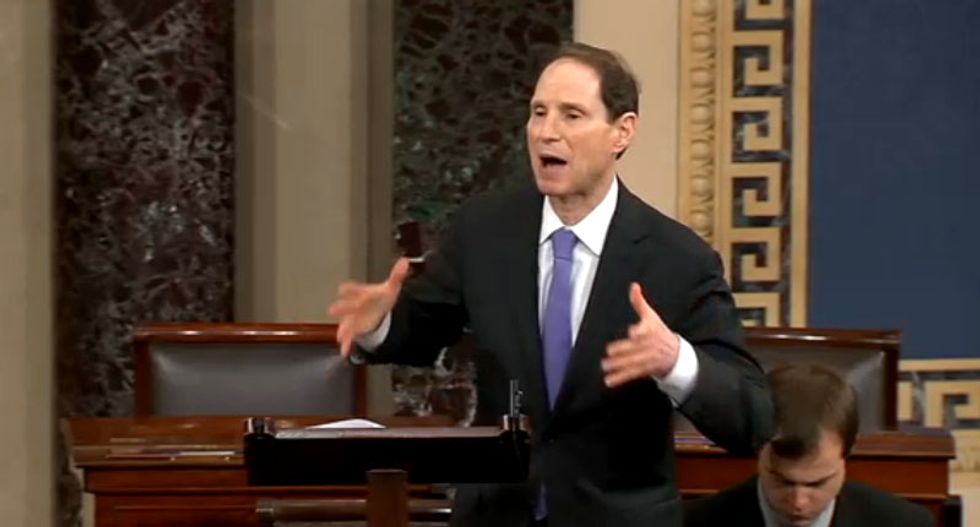 A U.S. Senate investigation into Russia's meddling during the U.S. election should include a thorough review of any financial ties between Russia and President Donald Trump and his associates, Democratic senator Ron Wyden said Wednesday.

In a formal written request made to the leaders of the U.S. Senate Intelligence Committee, Wyden said financial relationships between Trump, a real estate developer with properties around the world, and Russia are deserving of scrutiny because of resistance by Trump and some in his orbit have not been forthcoming about their finances.

"Efforts to understand these relationships and to separate fact from speculation have been hampered by the opacity of the finances of President Trump and his associates," Wyden, who also sits on the intelligence panel, wrote to Republican Richard Burr and Democrat Mark Warner.

The letter, though devoid of new details, is the latest piece of evidence suggesting Trump's business dealings are attracting expanded interest from investigators amid a raft of new reports scrutinizing potential financial entanglements between the president and Russia.

Trump has declined to release his tax returns, bucking decades of precedent for presidents and presidential candidates.

The letter followed new disclosures in recent weeks of previously unknown meetings and financial arrangements between Trump's associates and wealthy Russians, and came as Democrats attempt to focus public attention on questions about Trump's connections to Russia.

Trump has repeatedly insisted allegations that he or members of his administration have an untoward relationship with Russia as "fake news." He has also said that he has no business deals in Russia.

A Reuters investigation published earlier this month found that dozens of members of the Russian elite have bought at least $98.4 million worth of property in seven Trump-branded luxury towers in southern Florida, according to public documents, interviews and corporate records.

Wyden has repeatedly tried to push into public light more information about U.S. investigations into Russia's role in the 2016 election.

He organized a two-sentence letter from seven senators to the White House last November asking the outgoing Obama administration to declassify additional information about Russia's interference in the election. Then-president Barack Obama announced a review of Russia's activities soon after.

Wyden in January also asked Federal Bureau of Investigation Director James Comey if his agency was investigating links between Russia and associates of Trump. Comey declined to answer, but last week confirmed the FBI was probing possible ties.

Examining finances has long been within the purview of the oversight role of the intelligence panel, Wyden wrote, citing a recent committee report said that "financial intelligence has emerged as a significant area of (intelligence community) activity, aiming to ‘follow the money’ of adversaries."