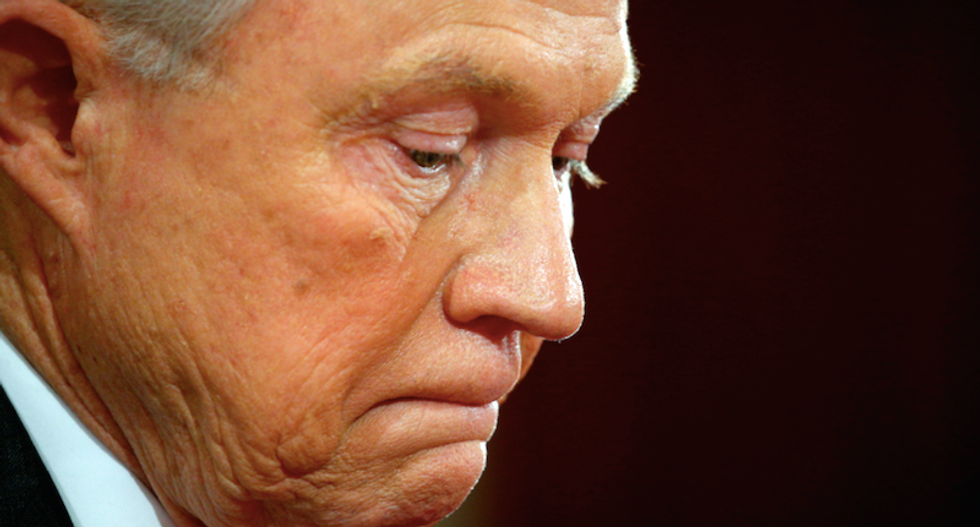 The Russian embassy to the United States said on Thursday it was in regular contact with "U.S. partners" after the Washington Post reported that Attorney General Jeff Sessions had failed to disclose meetings with Russia's ambassador.

The question of how much contact there was between the campaign of President Donald Trump and Russia prior to his election has dominated the early days of his presidency along with allegations from U.S. intelligence officials that Moscow ran an influence campaign to try to sway the election's outcome.

Russia categorically denies meddling and Russian officials say the issue is being deliberately used by Trump's opponents to derail chances of a swift warming in U.S.-Russia ties.

"The embassy doesn't comment on numerous contacts with local partners, which occur on a daily basis in line with diplomatic practice," Russian embassy spokesman Nikolai Lakhonin told Russia's Interfax news agency, when asked to comment on meetings between Sessions and Kislyak.

Sessions has denied discussing details of the U.S. presidential campaign with Russian officials.

Michael McFaul, a former U.S. ambassador to Russia under Barack Obama who has himself met Kislyak, said he was bemused by what he said was the Trump administration's secrecy about its contacts with Russian officials.

"I just don't get why Trump folks are so secretive about meetings/calls with Russians. If nothing to hide, just tell the truth!," McFaul said on social media.

Alexey Pushkov, a Russian senator, said the uproar over Sessions showed how paranoid U.S. politicians had become about any links with his country.

"Almost the entire U.S. elite is, it turns out, linked to Russia. Including the attorney general," Pushkov wrote on social media. "Paranoia knows no bounds."