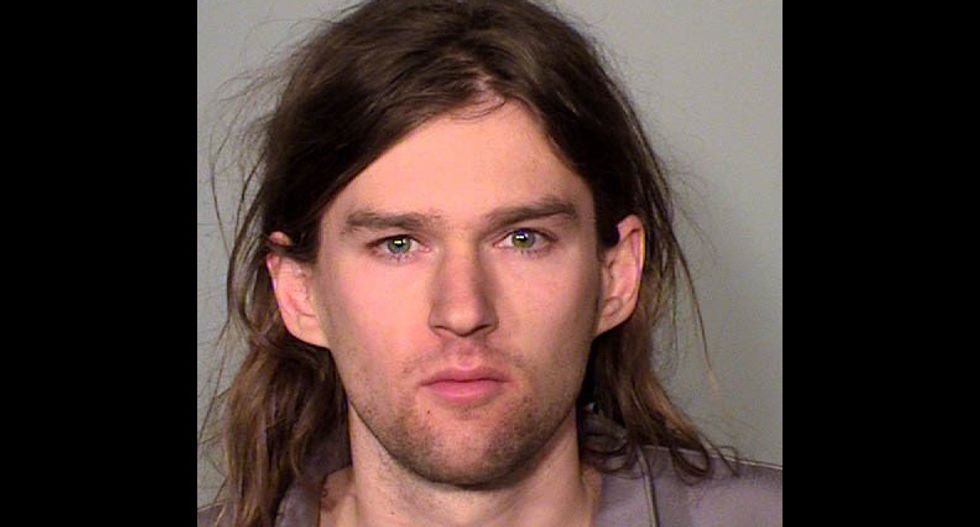 Kaine was one of six people arrested after about 50 protesters clashed with 400 Trump supporters at Saturday’s “March 4 Trump” in the Minnesota state capital. According to the Pioneer Press, someone set off a smoke bomb during the altercation.

Kaine was released Tuesday morning pending further investigation into the incident, officials said. So far, no charges have been filed against Kaine, though the Saint Paul City Attorney’s Office is still reviewing the case.

Police arrested Kaine and four others after members of the group allegedly lit fireworks during a pro-Trump speech. According to Steve Linders, a St. Paul police spokesman, Kaine was detained after the group ran from police. Linders said he :turned around and squared up to fight with the officer.”

“The officer was able to place Mr. Kaine under arrest and take him to the Ramsey County jail for booking,” Linders said.

“We love that our three children have their own views and concerns about current political issues,” Kaine said. “They fully understand the responsibility to express those concerns peacefully.”