Sir Patrick Stewart: I'm applying for US citizenship to 'fight and oppose' the Trump administration 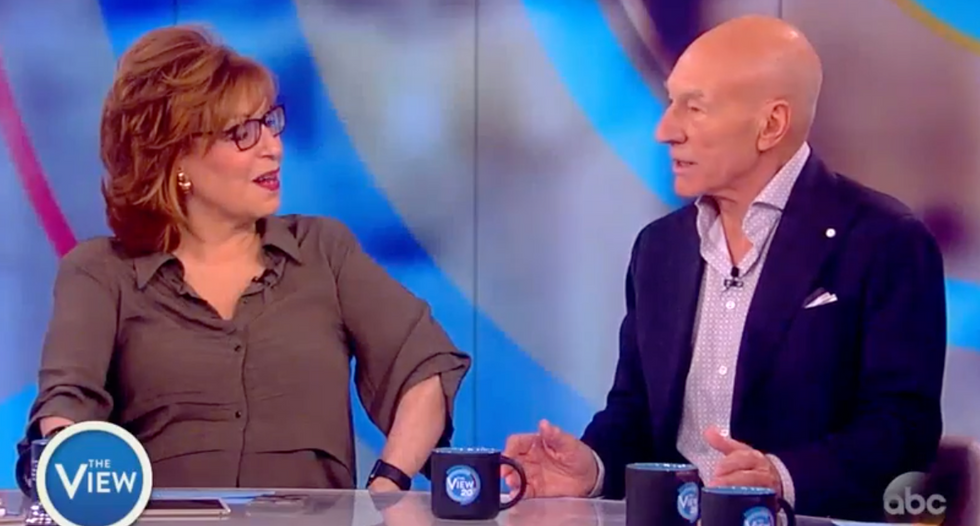 British citizen Sir Patrick Stewart on Thursday told The View that he is applying for U.S. citizenship to “fight” and “oppose” the Donald Trump administration.

Had the worst sleep of my life last night. But I was sleeping less than 300 yds from where Donald Trump sleeps. Could there be a connection?
— Patrick Stewart (@Patrick Stewart) 1486739902.0

Stewart said he was in the nation’s capital to visit “three different friends who are kind of Washington insiders,” noting he and his wife “wanted to ask them, ‘What do we do? What do we do?’”

“The first night we were in Washington, I had the worst night’s sleep for years and years and years,” Stewart admitting, adding that he looked outside and realized the Trump presidency might explain his restlessness. The X-Men star called it a “fairly innocent tweet,” insisting he “did not directly insult your president.”

“Not mine,” Whoopi Goldberg chimed in.

“Well, he’s not mine either,” Stewart pointed out. When Behar asked if the English actor would like to take Trump off American’s hands, Stewart lamented, “We have our own problems”—specifically referencing last year’s UK referendum to withdrawal from the European Union

“I’m not a citizen,” Stewart continued. “However, there is, maybe it’s the only good thing, as the result of this election: I am now applying for citizenship. Because I want to be an American too.”

“All of my friends in Washington said, ‘There is one thing you can do. Fight, fight, oppose, oppose,’” Stewart concluded.

Watch the full video below, via ABC: