'So, Kellyanne Conway is out?': Colbert rips Trump's pledge to rid government of 'nonessential workers’ 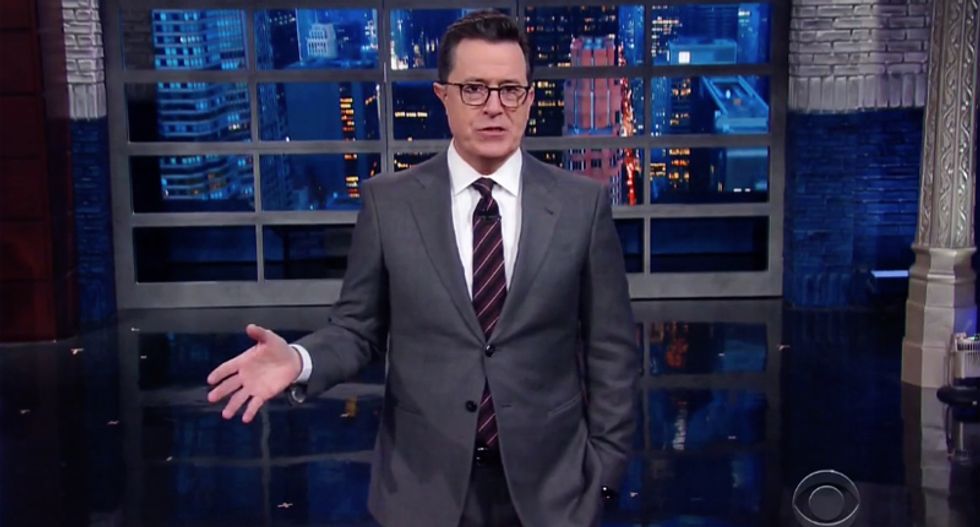 On a special live taping of the Late Show Tuesday, host Stephen Colbert destroyed Donald Trump’s first address to a joint session of Congress, at one point mocking the president’s promise to get rid of “nonessential workers” by suggesting he remove counselor Kellyanne Conway.

During his monologue, Colbert gave a play-by-play account of Trump’s speech, from the moment the president was announced (“Any chance there’s a mistake and moonlight is the president?” Colbert asked,) to his arduous path towards the podium (“So many handshakes, such little hands’”).

The Late Show host then got to the meat of the speech. “The president outlined his plans to roll back government waste,” Colbert said, playing a clip of Trump promising to implement a new task force to recommend which regulations to repeal or alter.

“A new task force in every government agency,” Colbert summarized. “We’re going to reduce government by adding people to the government”

“It’s like how the key to not getting hungover is just to never stop drinking,” he joked.

“Nonessential federal workers,” Colbert repeated. “So, Kellyanne Conway is out?”

Watch the full clip below, via CBS: