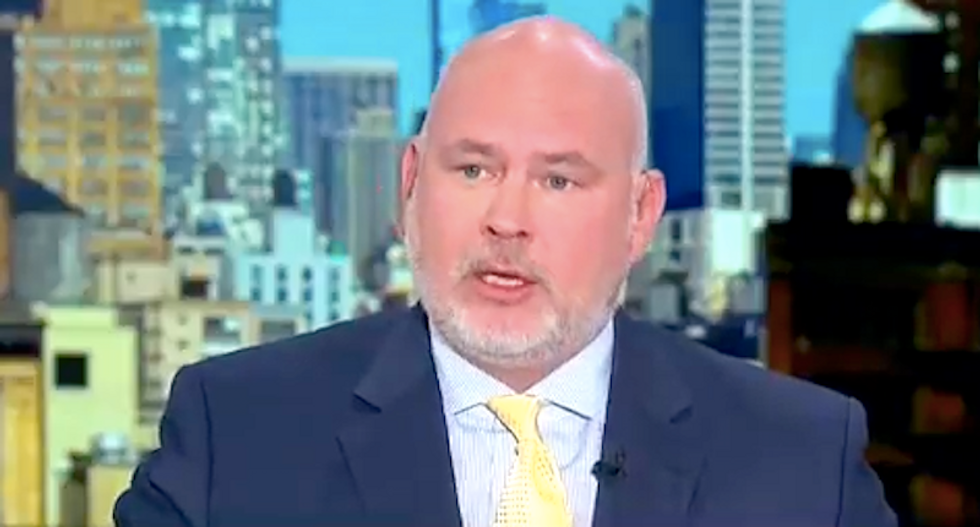 Republicans will face "deadly political consequences" if they take away access to health care from voters who backed them and Donald Trump, agreed MSNBC's Joe Scarborough and GOP strategist Steve Schmidt.

Scarborough slammed the House GOP bill, which has drawn widespread criticism, as both poorly thought-out and clumsily rolled out.

"Can you imagine how badly they're misplaying all of this?" Scarborough said Thursday on "Morning Joe."

He pointed out that the AARP, along with the conservative groups Freedom Works and Club for Growth, were all working against the legislation, and Scarborough blasted GOP lawmakers for cruel comments about low-income Americans.

The "Morning Joe" host argued that growing income inequality was becoming a serious political liability for Republicans, and he said the health care debate showed how out of touch they've grown.

Scarborough imagined 2018 campaign ads pointing out the GOP health care plan gives average tax cuts of $50,000 to millionaires and $200,000 for the top tenth of the top 1 percent.

"Find Republicans that voted for Donald Trump that had their health care taken away, and i got three of them in my own family -- so don't tell me they're not there," Scarborough said.

Schmidt, the veteran GOP strategist and Trump critic, pointed out that the "Trumpcare" plan would take away health care from economically vulnerable Americans who backed the Republican presidential candidate in November.

"In Trump country, when he gave the 'American carnage' speech, it deeply resonated with them in all of these places," Schmidt said. "I'll show you a suicide epidemic, an obesity epidemic, an opioid epidemic, a heroin epidemic -- and these are parts of the country that need access to both health care and health insurance. No matter what happens in the wash with all of this, you will be taking health care insurance and potentially access to health care away from these people with deadly political consequences, perhaps."