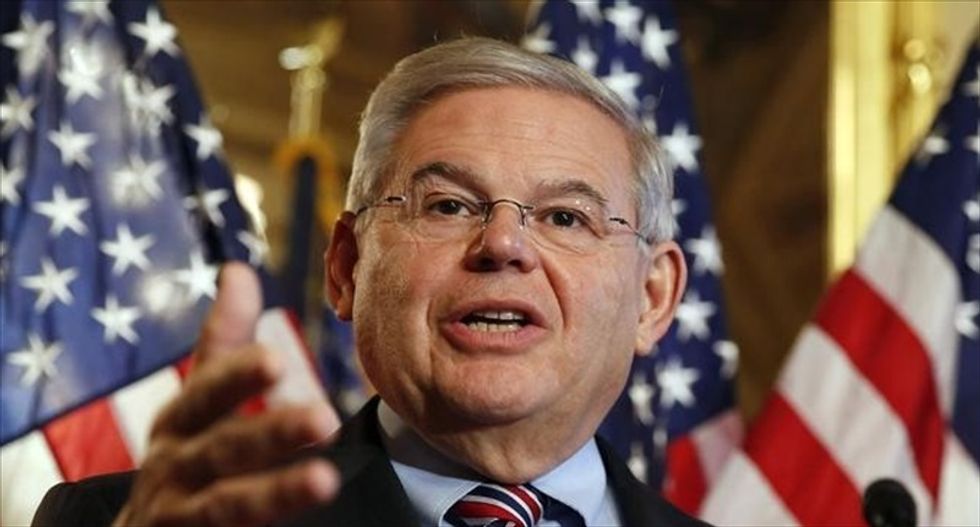 The U.S. Supreme Court on Monday cleared the way for prosecutors to pursue bribery charges against Democratic Senator Robert Menendez of New Jersey, rejecting his bid to have the case involving donations from a Florida ophthalmologist thrown out.

The justices left in place a lower court's refusal to dismiss a corruption indictment against Mendendez, who had argued that a provision in the U.S. Constitution shielded him from prosecution.

In 2015, a grand jury indicted Menendez on charges of bribery, fraud and with making false statements in his annual financial disclosure forms by failing to list gifts he received from a wealthy friend, Florida ophthalmologist Salomon Melgen.

Prosecutors allege Menendez accepted campaign donations and gifts, including a stay at a Caribbean villa and private jet flights, from Melgen in exchange for interceding in various matters on his friend's behalf, including an $8.9 million Medicare billing dispute. Menendez and Melgen have pleaded not guilty to the charges they faced in the 22-count indictment.

Menendez argued that his actions were protected by the Constitution's "speech or debate" clause, which offers broad protection to members of Congress against prosecution for actions they undertake as legislators.

Last July, the 3rd U.S. Circuit Court of Appeals in Philadelphia ruled that Menendez's actions amounted to "essentially lobbying on behalf of a particular party," and thus outside the "safe harbor" provided in the Constitution.