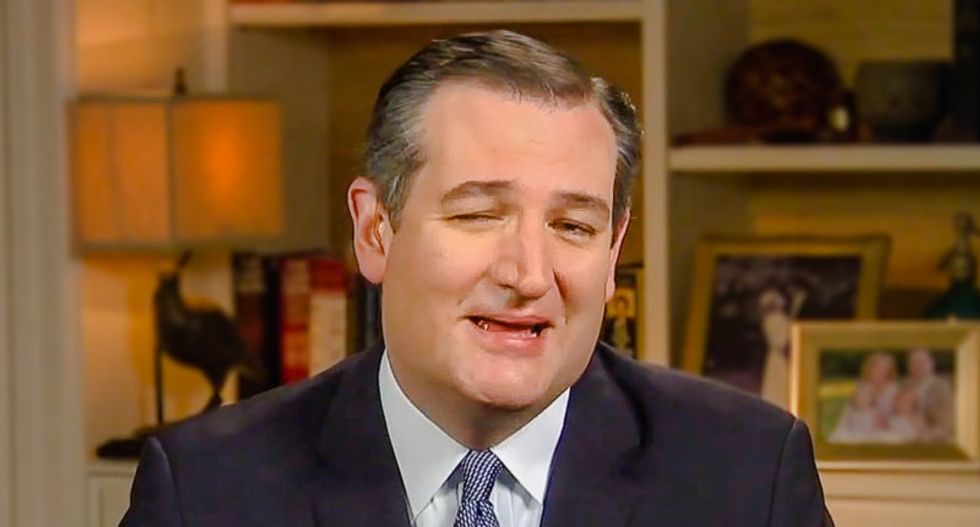 Sen. Ted Cruz (R-TX) seems to think Vice President Mike Pence can make up his own rules while serving as President of the Senate.

In an interview with reporters, The Hill revealed Cruz talked about the ways in which Pence can ensure pieces of the health care bill the White House wants gets included in the bill. The plan seems to involve overruling the parliamentarian of the Senate. The parliamentarian is the one who advises the president to ensure rules are followed. However, the role has no real control or authority.

“Under the Budget Act of 1974, which is what governs reconciliation, it is the presiding officer, the vice president of the United States, who rules on what’s permissible on reconciliation and what is not,” Cruz said. “That’s a conversation I’ve been having with a number of my colleagues."

Senate Leader Mitch McConnell plans to ensure the GOP's healthcare bill is passed by overruling the Democrats' filibuster using a process called budget reconciliation. Cruz explained that because the health care bill has an impact on the budget that anything pertaining to the bill could fall under budget reconciliation.

In 2001, parliamentarian Bob Dove got fired after infuriating Republicans with rulings. But Cruz told reporters that there is no reason to fire current parliamentarian Elizabeth MacDonough if she rules the way the GOP wants her to.

The only recourse Democrats would have to overrule Pence is with a 60-vote supermajority.