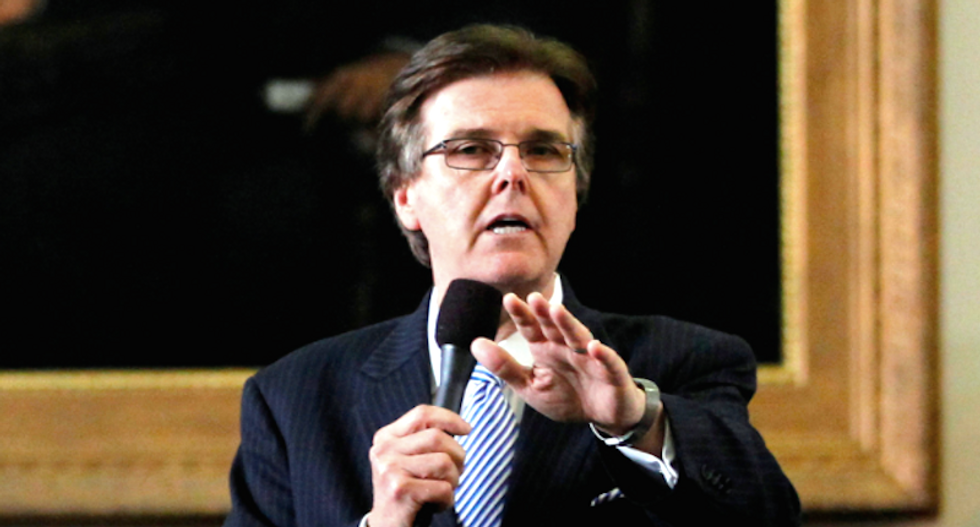 The Texas lieutenant governor said on Monday he has enlisted Christian pastors statewide to help him win approval for legislation heading to a sate Senate committee this week that limits access to public restroom access for transgender people.

Lieutenant Governor Dan Patrick, a Republican and conservative Christian who guides the legislative agenda in the Republican-controlled Senate, told a news conference at the Capitol the Texas Privacy Act is a common sense measure to keep sexual predators out of bathrooms.

Critics contend the bill infringes on the civil rights of gay, lesbian, bisexual and transgender (LGBT) people. Business groups say it will cause economic damage, pointing to a similar measure North Carolina enacted into law last year that led to travel and commercial boycotts.

Allowing transgender people to use public bathrooms corresponding to their gender identity rather than their birth gender has become the latest flashpoint in the long U.S. battle over LGBT rights.

Patrick announced the start of a "one million voices" campaign, with pastors enlisted to win support from their congregations for the legislation. Committee debate starts on Tuesday.

"North Carolina was the tip of the spear. We will be next to pass a bill that focuses on privacy, a person’s privacy, and public safety," Patrick said, adding there will be no economic harm if it is enacted.

Before Patrick spoke, the U.S. Supreme Court scrapped plans to hear a major transgender rights case and threw out a lower court's ruling in favor of a transgender Virginia student after President Donald Trump rescinded a policy protecting such youths under federal law.

A business group including some of the largest employers in Texas, such as American Airlines, sent a letter to Patrick this month opposing the bill, saying it is "discriminatory legislation that jeopardizes the positive environment for our Texas business operations."

Patrick may be able to push the bill through the state Senate, but analysts do not expect it to make it through the House.

Speaker Joe Straus, a Republican who drives the agenda in that body, has shown tepid support, saying there are worries in San Antonio, an area he represents that is slated to host the 2018 NCAA Men's Basketball Final Four.

"It may be likely that the bill will pass the Senate, but it will be dead on arrival in the House," said Mark Jones, a political science professor at Rice University in Houston.