'That Republicans are still sucking up to Trump is pathetic': Morning Joe hosts slam GOP on Seth Meyers 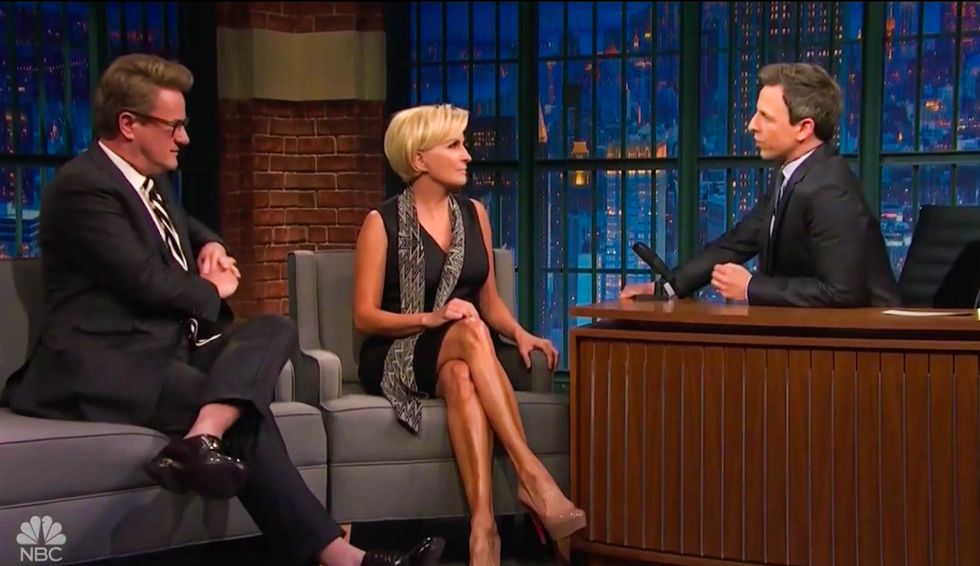 Morning Joe co-hosts Joe Scarborough and Mika Brzezinski appeared on Seth Meyers' show on Tuesday evening, where they talked about how President Donald Trump has fallen far short of their expectations so far.

Meyers started off his interview by asking them if Trump's presidency had been better than expected -- and Brzezinski replied immediately that it's been "far worse" than anything they anticipated.

"It's almost at the point of no return," she said.

Scarborough, meanwhile, said that the two Morning Joe hosts have known Trump for years, and nothing they'd seen in all their time with him prepared them for the behavior he's exhibited as president.

Later in the segment, Brzezinski chastised Republicans for continuing to protect Trump from inquiries into his ties with Russia.

"Honestly, the fact that Republicans are still sucking up to him at this point is kind of pathetic," she said. "The whole thing has turned into lies and misinformation, calling the news fake news, undermining the judiciary, undermining every branch of government. I don’t care if you’re a Republican or Democratic, there’s right and there’s wrong and this guy’s wrong."