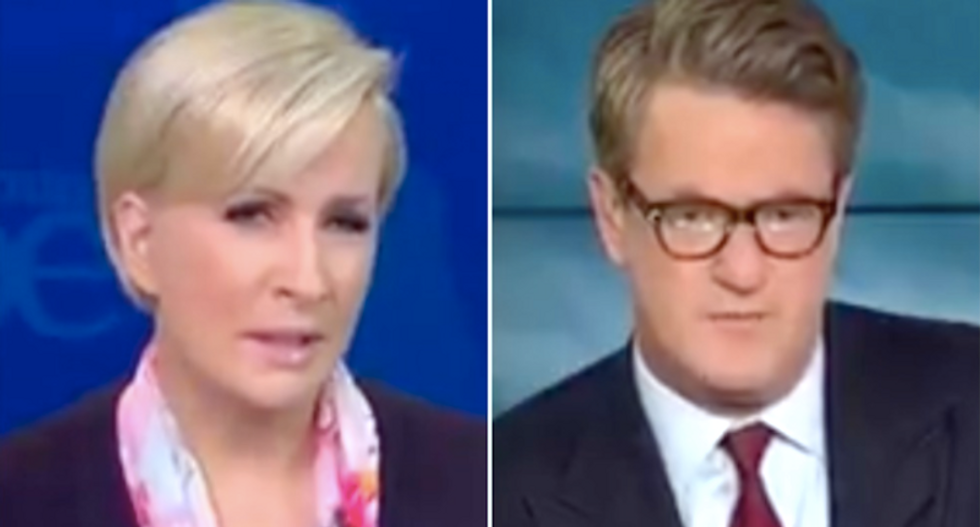 A "Morning Joe" panel was flabbergasted by that Michael Flynn was working as a paid agent of Turkey during the presidential campaign.

"That man was a foreign agent of Turkey, who has been hostile towards U.S. interests for a good part of the Syrian civil war, and was getting paid at the same time he was delivering a speech trashing Hillary Clinton at the Republican National Convention," said host Joe Scarborough.

Co-host Mika Brzezinski reminded the panel that Flynn had led a chant of "lock her up" at the GOP convention.

It's shocking," Scarborough said. "I guess it shouldn't be shocking. This is the sort of thing that would not happen in past administrations, but apparently, everything goes ethically."

The MSNBC host hopes the White House will clarify whether Trump fired Flynn for lying to Vice President Mike Pence about his conversations with the Russian ambassador, or whether Flynn resigned.

"It is a confusing situation," Scarborough said. "Donald Trump and all of his public comments has basically acted as if Michael Flynn was persecuted -- a good man driven from office by the hounds in the mass media -- and Mike Pence trying to put a nice gloss and saying that vindicates the president's decision to fire him. This guy was not only acting as a foreign agent, literally as a foreign agent, not metaphorically while he was traveling with Donald Trump and close to Donald Trump as anybody. He was the person who became the national security adviser, and somehow the president and others right now, at least the official explanation, they had no idea that he was acting as a foreign agent when he was appointed to be national security adviser. That is one of the most extraordinarily -- if it's true, they did not know -- one of the most extraordinary failures of vetting I've ever heard of."

Scarborough pointed out that Islamic State militants had used Turkey to get into Syria in recent years, and Brezinski expressed her amazement that the Trump administration had appointed Flynn to his position.

"They have made a joke of the entire transition process, and this presidency has no credibility where we stand right now," she said. "I don't say that with hysteria, I say that with a deep sense of concern, how we often cover this story because there are people who believe Trump from start to finish and he's not telling the truth."

MSNBC's Willie Geist reminded the panelists that Flynn had advocated on behalf of Turkey from August until November, during the heat of the campaign, and panelist John Heilemann slammed the administration's integrity.

"This is a time when Donald Trump was going around railing as Hillary Clinton practicing pay-to-play in the State Department, and while Michael Flynn was yelling how Hillary Clinton should be locked up," Heilemann said. "The hypocrisy of it is staggering, if they knew and if they didn't know."