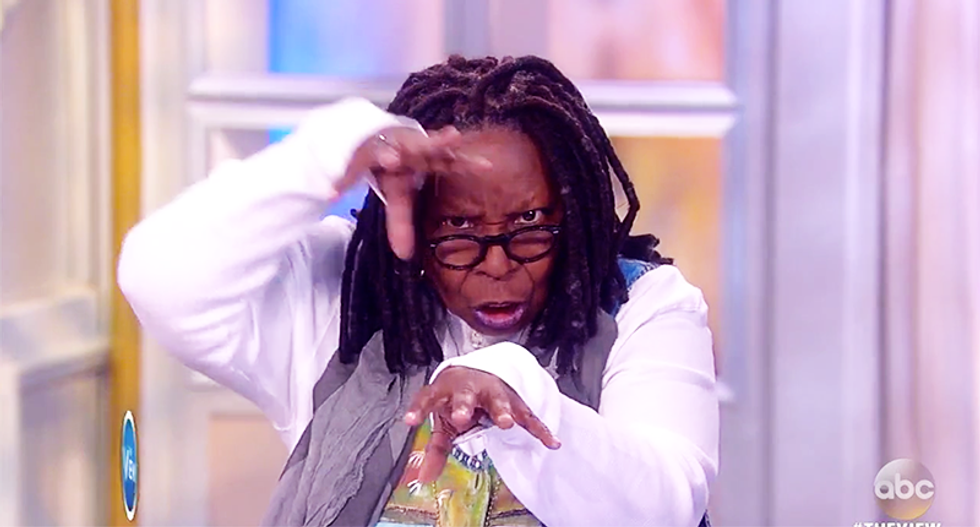 Senior Donald Trump adviser Kellyanne Conway was asked about Trump's wiretapping claims and replied that CIA leaks prove the government is spying through household appliances. It was too much for the women "The View," who erupted with laughter.

"She wants you to watch what you say when you're microwaving your popcorn," Whoopi Goldberg said. She noted that the deadline is approaching when Trump must provide proof that Obama wiretapped him and noted Conway pivoted to talk about spying going beyond one's phone.

"You know, I think my dishwasher called me a b*tch the other day," Joy Behar joked. "Oh my god! I'm so nervous!"

Sunny Hostin noted that Conway's comment was in response to a question about whether Trump was accusing former President Barack Obama a felony. "In response to that you talk about microwaves?" she asked. "As a prosecutor, I certainly know about wiretapping and I trained with the FBI but we didn't learn about microwaves on our warrants."

Sara Haines agreed it was deflecting, saying that Conway blamed people of wasting a lot of time talking about all of this. "When you lay out a claim that has these kinds of repercussions, it's no longer tweets without consequences," she continued. "When you say those words it's forcing the hand of the government to investigate. So, the more they keep doubling down the more they're wasting time."

Hostin said that today is the "put-up or shut-up day" where they must provide evidence. "So, where is it?" she asked.

She maintained that everyone knows only ghosts and poltergeists come through your televisions.