'This is what a cover-up to a crime looks like': Dem lawmaker unloads on Nunes's White House stunt 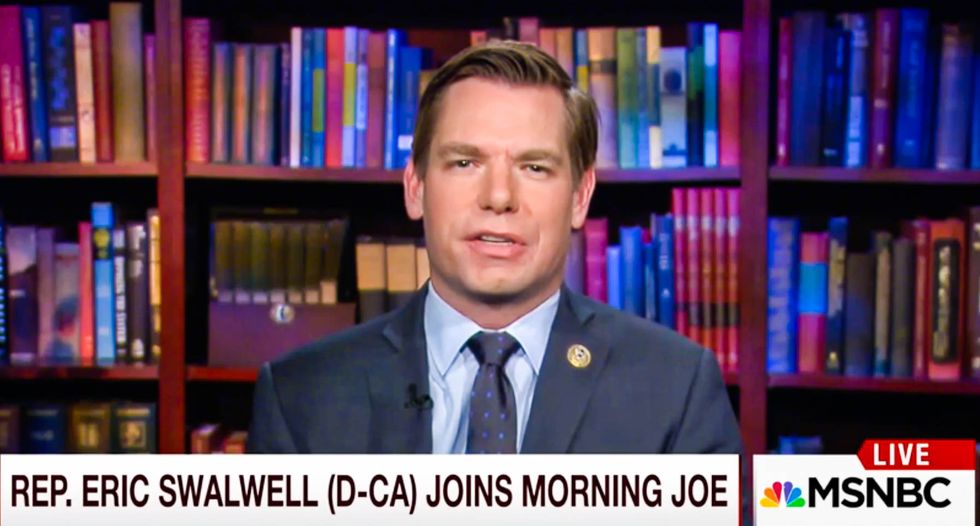 Rep. Eric Swalwell (D-CA) appeared on Morning Joe Tuesday morning to call out his colleague, Rep. Devin Nunes (R-CA), for rushing off to the White House in the middle of the night last week to get a secret intelligence briefing without notifying anyone on the House Intelligence Committee.

Co-host Joe Scarborough started off his interview with Swalwell by joking that the Democratic Congressman could "taking up golfing now" because "there's sure not going to be an investigation in the House" into Russia's interference in the 2016 election, especially not in the wake of Nunes's antics.

"It's time for Devin Nunes to leave this investigation, let alone lead it," Swalwell replied bluntly. "He should be gone. And what we saw was, going over to the White House, he went to receive information that... we can receive at the Capitol. We have our own secure facility. If this was done the proper way, they could have brought it over, shared it with both parties on the committee."

Swalwell said that because the information was shared exclusively with Nunes, however, that it was clearly done as a political operation.

"This was done because the White House wanted it to be done," he said. "And this is what a cover-up to a crime looks like. We are watching it play out right now."