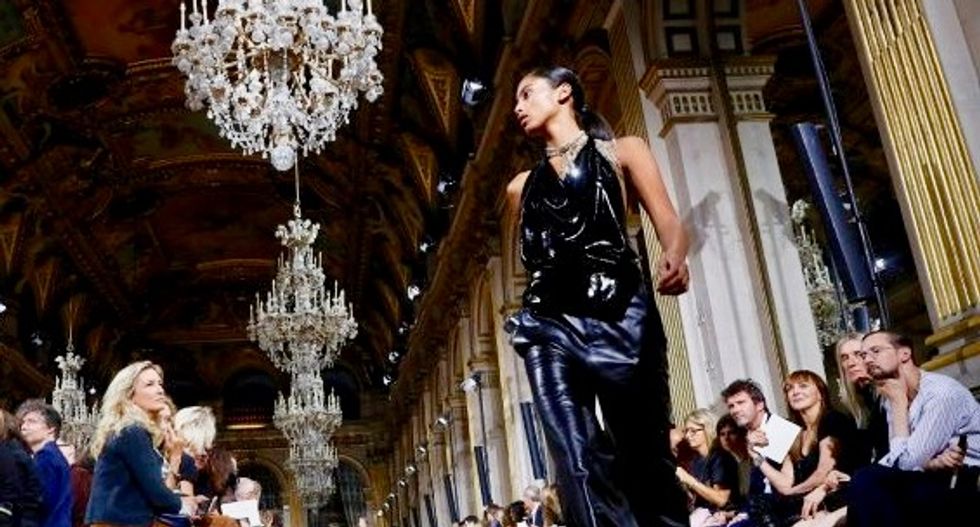 Balenciaga, which sent a written apology to 150 women over the incident, said it was making 'radical changes' to the casting process

Fashion brand Balenciaga said Wednesday it had sacked its casting agency amid a furore over the "sadistic" mistreatment of models at Paris fashion week.

The label, the hottest on the Paris catwalk, said it had sent a written apology to the 150 women who were forced to wait in a cramped stairwell for three hours at the casting for its show on Sunday.

Some were shut inside in the dark while the casting directors went off for lunch, according to James Scully, a US casting director who took to Instagram to brand their treatment as "sadistic and cruel".

He claimed the directors involved were "serial abusers".

"In their usual fashion they shut the door, went to lunch and turned off the lights to the stairs leaving every girl with only the lights of their phones to see," he added.

"Not only was this sadistic and cruel it was dangerous and left more than a few of the girls I spoke with traumatised."

Scully also accused a major Paris fashion house, which he did not name, of trying to "sneak in" 15-year-old models for its show.

"It's inconceivable to me that people have no regard for human decency or the lives and feelings of these girls, especially when too, too many of these models are under the age of 18 and clearly not equipped to be here."

Balenciaga confirmed to AFP it was "making radical changes to the casting process" after the incident, "including discontinuing the relationship with the current casting agency".

"Balenciaga took notice of issues with the model castings carried out on that day (Sunday). The house reacted immediately," a statement added.

"Balenciaga condemns this incident and will continue to be deeply committed to ensure the most respectful working conditions for the models."

The fashion house -- whose show is on Sunday -- has become the hottest ticket on the Paris catwalk since the Georgian wunderkind Demna Gvasalia took the helm last year.

"I have heard from several agents, some of whom are black, that they have received (a) mandate from Lanvin that they do not want to be presented with women of colour," he wrote.

No one was available to comment at Lanvin but a spokeswoman told Women's Wear Daily that the "allegations are completely false and baseless".