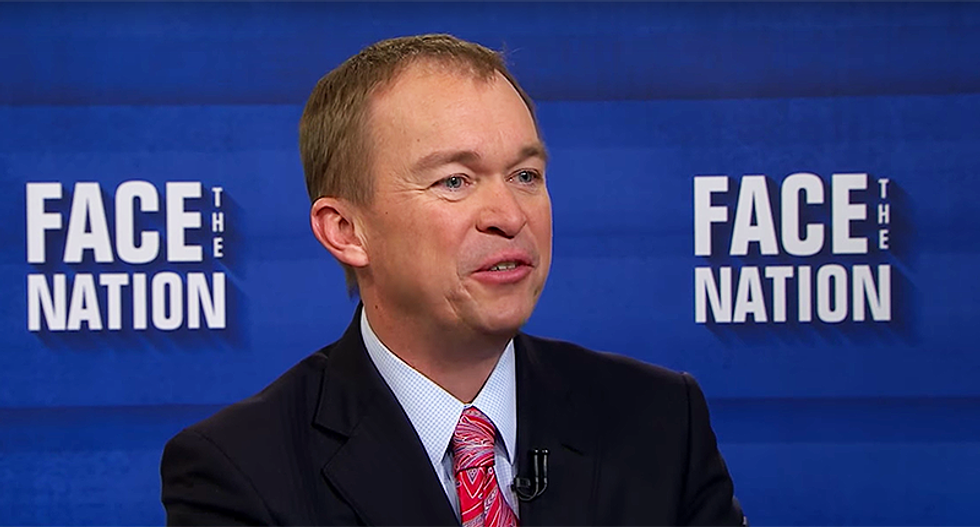 When it comes to cutting the budget, President Donald Trump and Republicans in Congress have proposed significant cuts to federal spending that helps the least among us. Severe cuts will come from programs that help poor seniors, military children, education, health and more. At the same time, Trump is still using $3 million each weekend in taxpayer dollars to vacation at his Florida resort, Mar-a-Lago.

"You could always attack a budget for being political, right?" White House Budget Director Mick Mulvaney told "Face The Nation" host John Dickerson Sunday. "In fact, we -- we are going to do so. But keep in mind who the president wrote the budget for. He -- he wrote the budget for everybody. We've heard a lot of criticism, for example, about different line items in the -- in the budget blueprint from members of Congress. That's to be expected. I used to be a member of Congress. I used to represent 700,000 people. And my first job was to represent their best interests. We had special interests at play on The Hill. We had lobbyists at play on The Hill. The president wrote this budget without consideration for those things, without being beholden to anybody except the people, and that's who this budget is written for."

Dickerson couldn't see how the president squares this kind of budgeting while claiming that he's writing the budget for "the people."

"If you think about the coal miner and the single mom, doesn't saving begin at home?" Dickerson asked. "I mean, there are things the president can do to cut back on his own using that text... The coal miner doesn't get to fly down to Mar-a-Lago either."

Mulvaney agreed that he knew the bill would hurt children and prevent them from having access to nutritional food from organizations like Meals on Wheels, but he wants people to know he's suffering too.

"Yes," he began. "I don't have a business card to give to you today, John, because, at the Office of Management and Budget, we have to pay for our own business cards. So it does start at home but it's already started."