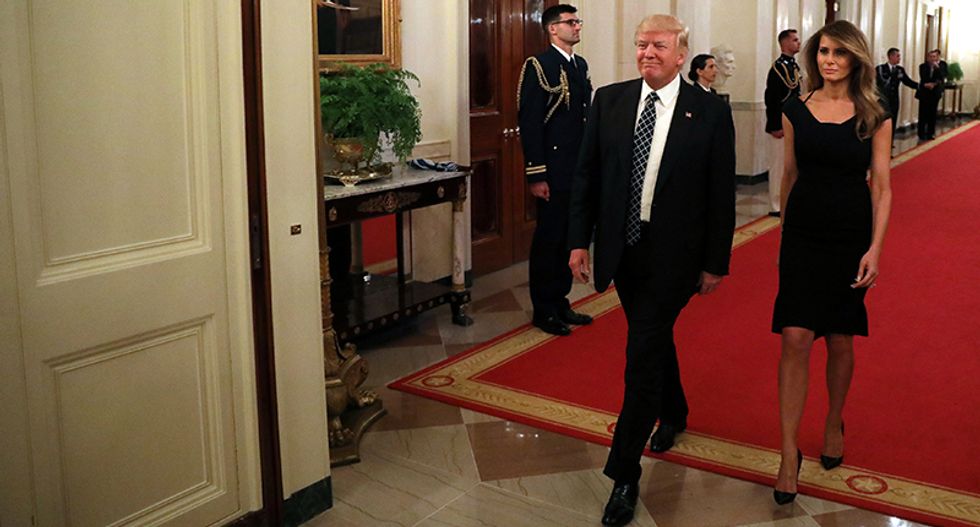 U.S. President Donald Trump and First Lady Melania Trump host a reception for Senators and their spouses at the East Room of the White House in Washington, U.S., March 28, 2017. REUTERS/Carlos Barria

President Donald Trump told a group of senators on Tuesday that he expects lawmakers will be able to reach a deal on healthcare.

"I have no doubt that that's going to happen very quickly," Trump said at a bipartisan reception held for senators and their spouses at the White House.