Trump economic advisor stammers when coal miner hammers him on his health care: 'I don't know all the facts' 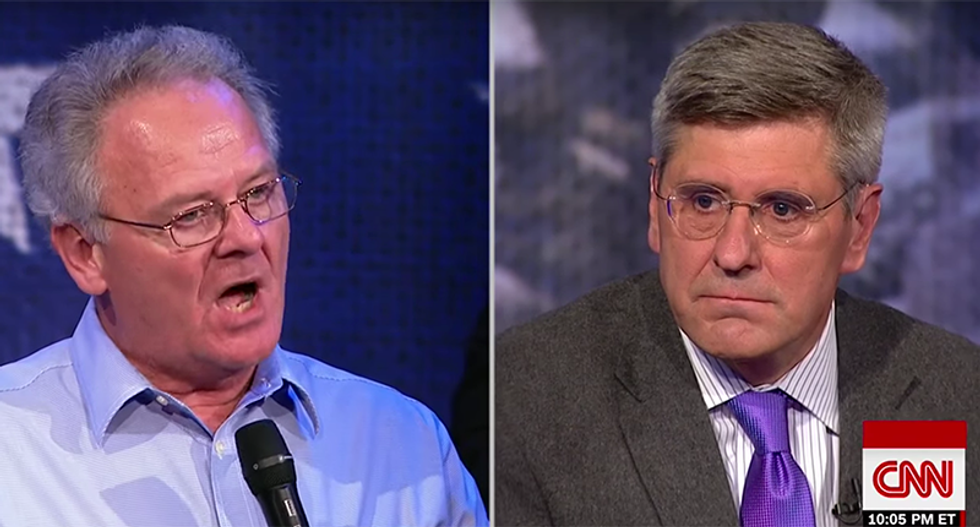 Retired coal miner John Leach received a frustrating letter this week, informing him that his family's heath benefits would soon be terminated should the U.S. Congress fail to act by the end of April.

"We worked in the coal mines producing the fuel that made America the most powerful nation on earth," Leach continued. "The company I worked for went bankrupt, and now I will lose my heath benefits."

Leach and his wife's three children all suffer from a rare and fatal genetic disease known as Friedreich's Ataxia. The Beaver Dam, Kentucky family worries that without John's benefits, their financial safety net will collapse.

"The federal government has guaranteed for 70 years coal miners like myself get our benefits, but now for the first time, the government may not live up to that moral commitment," Leach noted.

"Do you, sir, think that the U.S. government should honor the promises that were made to miners like myself?" he asked Moore.

"I don't know all the facts of—" Moore stammered, before deflecting.

"I would ask you this question, sir. What happened to the money? Because you paid into the system, right? And I wonder what happened to the retirement heath care dollars that were supposed to be there for you when you retired," he answered. "I don't know the answer to that."

"I'll tell you what happened," said Van Jones, cutting in. "What happened is, when fracking hit, it made coal more expensive and they were running into bankruptcy courts to discharge those obligations."