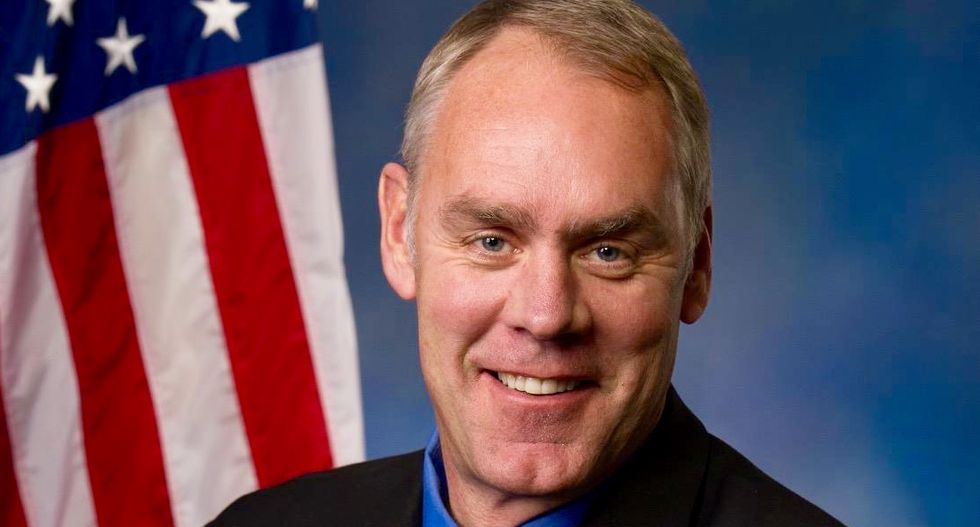 President Donald Trump has repeatedly vowed that Mexico would pay for his proposed border wall -- but he never mentioned anything about building it on seized Mexican land.

E&E News reports that Interior Secretary Ryan Zinke talked about the logistics of building a border wall while speaking at an event held by the Public Lands Council this week, and he said the Trump administration didn't want to build the wall on American soil because it would mean ceding the entire Rio Grande river to Mexico.

Zinke didn't elaborate on how the wall would get built if it wasn't located on America's side of the Rio Grande or in the middle of the river, which implies that it would be built on the Mexican side of the border.

Elsewhere in his talk, E&E News reports Zinke said the Trump administration will seek a waiver to the Endangered Species Act so it can build the wall in jaguar habitats that are for now protected from "destruction or adverse modification."