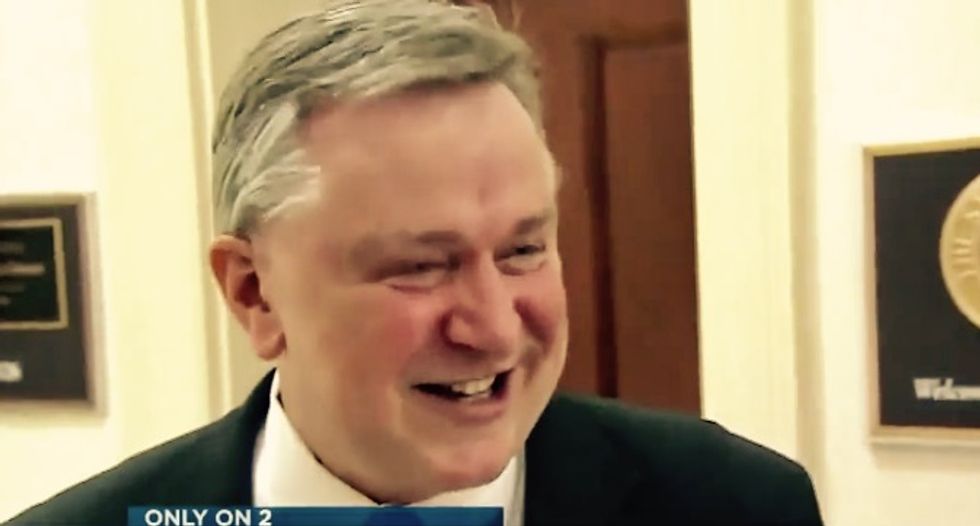 Tea Partier and Trump supporter Steve Stockman has been charged with violating federal election law by misusing money from a charity that he created. The former Texas congressman allegedly started the non-profit Life Without Limits, then channelled $350,000 in charity donations back to his own account, Click2Houston reports.

At his Thursday court appearance, the judge assured the former congressman that it's in his best interest to get good counsel as soon as possible.

"You said 2 o'clock tomorrow? I should have counsel by two?" Stockman asked, according to Click2Houston.

When the judge affirmed, Stockman complained, "I'll have to hustle with that," to which the judge replied, "Yeah, you will. These are serious charges."

During his time in office, Stockman did not pull his punches in criticizing his opponents and lobbying for conservative causes.

Recently, Stockman's Twitter feed has been filled with pro-Trump language. In response to an article about the State Department's handling of Hillary Clinton's emails, Stockman tweeted, "THIS IS ridiculous. Cut their funding! State department is the swamp. Evil."