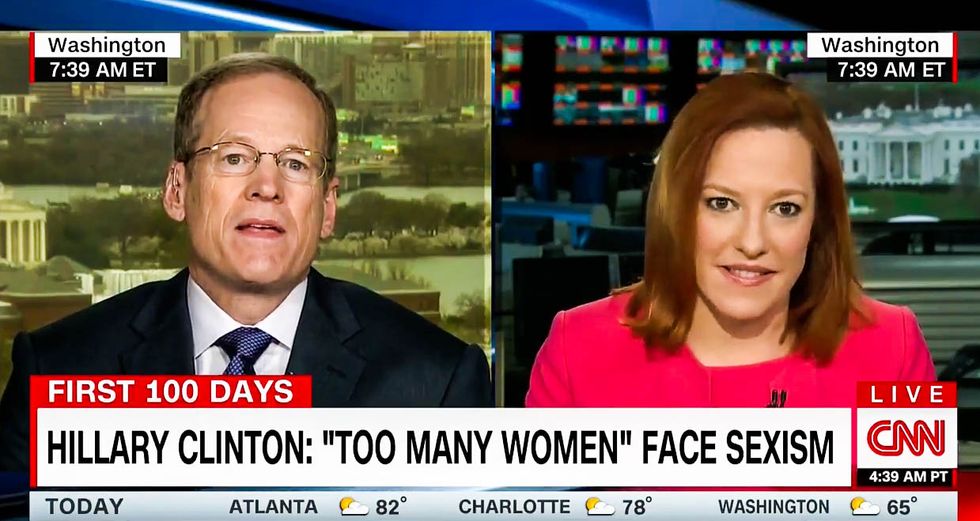 During a debate with former Obama spokeswoman Jennifer Psaki, Kingston questioned why it was okay for liberals to make jokes about Trump being orange, while conservatives are repeatedly called out when they make jokes about a black woman's hair making her look like James Brown.

"What I don't like is the left always runs and clutches, 'Oh, I'm a woman, don't say anything bad about me' or 'I belong to a certain race,'" he said. "It seems it is always that card that is played. It is okay to call the President of the United States 'orange' and 'red head,' and all kinds of derogatory things, and make fun of his wife right and left."

Kingston went on to complain that conservatives are always being ridiculed on Saturday Night Live, and no one seems to get upset on their behalf.

"It always seems to me there is a double standard when somebody from the right is being criticized," he said. "Oh, it's funny, make fun of him. All day long on Saturday Night Live, run the clips all day long."