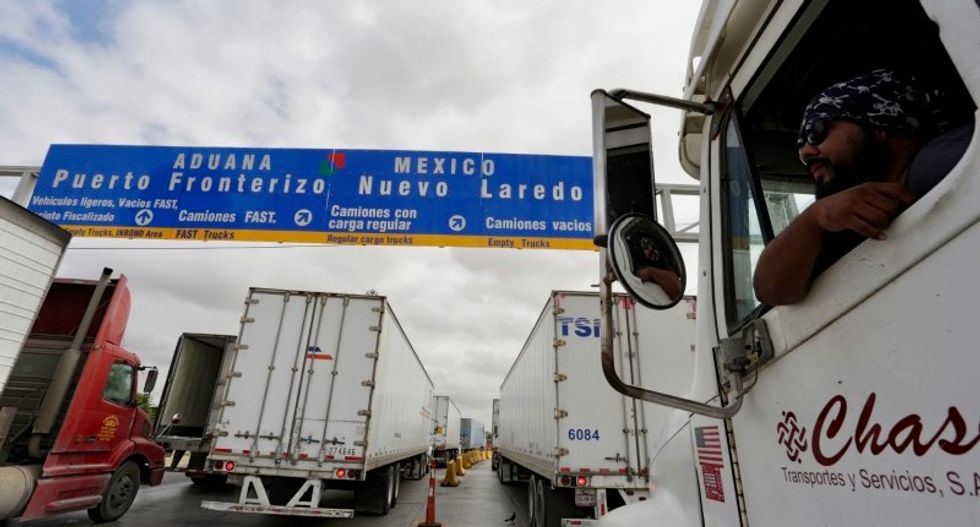 File photo: A driver leans out the cabin window while waiting in a queue for border customs control to cross into U.S. at the World Trade Bridge in Nuevo Laredo, Mexico, November 2, 2016. REUTERS/Daniel Becerril

Representative Bill Pascrell, a New Jersey Democrat, said Ross told lawmakers in the closed-door session that the administration was still aiming to complete NAFTA renegotiations by the end of 2017.

That time frame is viewed by some members as "ambitious," especially because it is not clear when the administration will formally notify Congress of its intention to launch NAFTA renegotiations, Pascrell said.

The notification will trigger a 90-day consultation period before substantial talks can begin. Tuesday's meeting was a legal requirement to prepare the notification and preserve the "fast track" authority for approving a renegotiated deal with only an up-or-down vote in Congress.

President Donald Trump has long vilified NAFTA as draining millions of manufacturing jobs to Mexico, and he has vowed to quit the trade pact unless it can be renegotiated to shrink U.S. trade deficits.

Lawmakers said Ross and Vaughn discussed broad negotiating objectives, but did not get into specific issues such as U.S. access to Canada's dairy sector or rules of origin for parts used on North American-assembled vehicles.

"They were very clear, they want to open access in ag, manufacturing and services as well, so they want this to be a 21st century agreement," Brady said.

Spokesmen for the Commerce Department and USTR were not immediately available for comment on the meeting.

Lawmakers said the administration has not settled on the form of the negotiations, whether NAFTA will remain a tri-lateral agreement or whether it would be split into two bilateral trade deals.

"My sense is that they are not prejudging the form, they are focused on the substance of the agreement itself with Mexico and Canada," Brady said.

Some lawmakers expressed frustration that the Trump officials were short on specific answers.

"I wouldn't exactly call this meeting as moving the ball forward very much," said Representative Ron Kind, a Wisconsin Democrat.