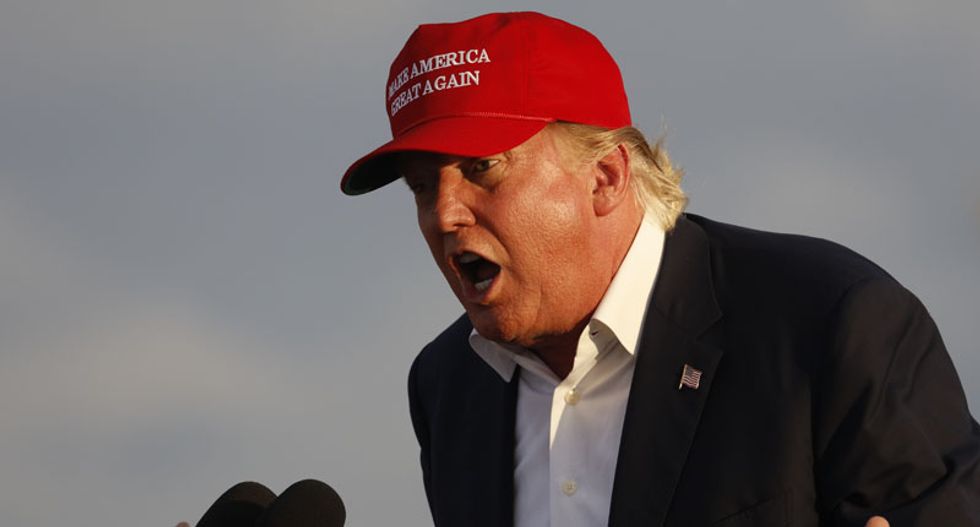 President Donald Trump has a bold backup plan if his health care bill goes down in flames: Blame Democrats.

Even though the Republican Party controls the House, the Senate, and the White House, there's a very good chance that the House Republicans' proposed health care act won't have the votes to pass both chambers of Congress.

CNN reports that Trump this week told conservative skeptics of the health care plan that if they don't pass it, he will simply let the current system collapse and then blame Democrats for it.

Additionally, Trump apparently chastised conservatives for calling his plan "Obamacare Lite," on the grounds that they are "helping the other side."

The president insisted during the meeting that Trumpcare would be a big political winner, and he would sell it to the country by holding "stadium-sized" rallies for it.

"This is going to be great," Trump said, per CNN's sources. "You're going to make it even greater. I'm going to work hard to get it done."

The president took aim at Sen. Rand Paul (R-KY), who has criticized the House bill.

"I love him, he's a friend," Trump said, according to a source. "He's going to end up voting for it."

Trump may or may not visit Kentucky over the weekend.

Louisville airport officials were warned that the president would arrive Saturday, although they haven't received any details and a White House official said Trump's schedule does not show a visit to Kentucky.

Rep. John Yarmuth (D-KY), a Louisville Democrat, took a shot at Conway for inventing a terrorist attack in another Kentucky city.

"The @WhiteHouse won't tell us where @POTUS is headed to in Louisville. Must be a private meeting with victims of the Bowling Green Massacre," Yarmuth tweeted.

The @WhiteHouse won't tell us where @POTUS is headed to in Louisville. Must be a private meeting with victims of the Bowling Green Massacre.
— Rep. John Yarmuth (@Rep. John Yarmuth) 1489014860.0