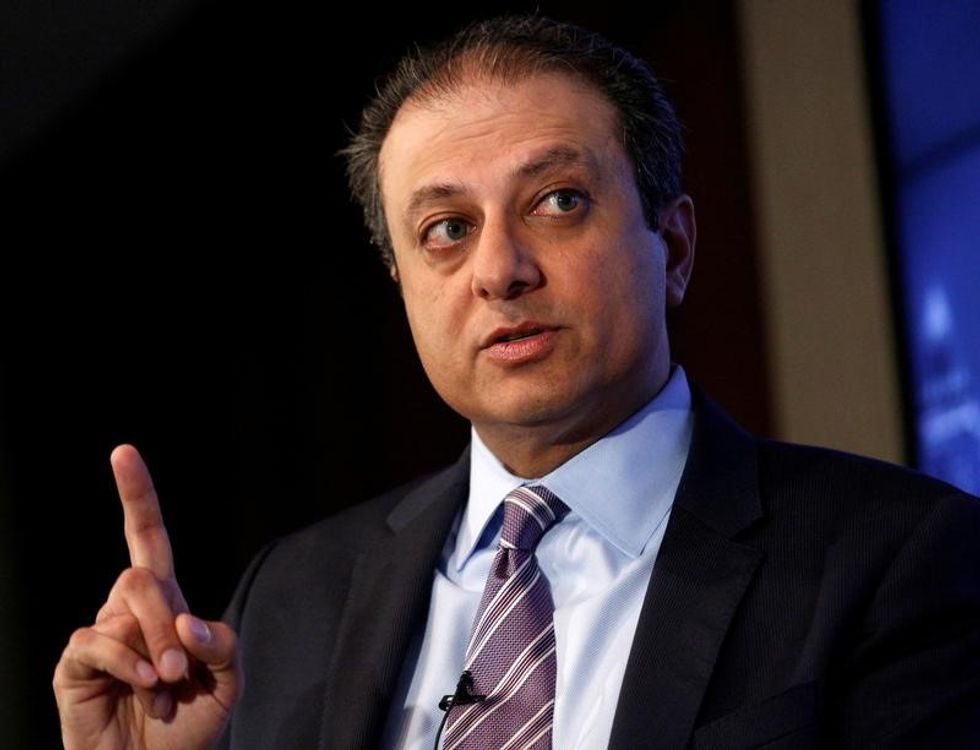 Two days before U.S. Attorney Preet Bharara was fired, President Donald Trump tried to call the high-profile New York prosecutor in what a White House official said was an effort to "thank him for his service and to wish him good luck."

But a U.S. law enforcement official said Bharara declined to take the call, placed on Thursday, saying he did not want to talk to the president without the approval of his superiors.

Bharara said on Saturday he had been fired after he defied a request to resign. The move was a surprise because Bharara had told reporters in November that Trump had asked him to remain in the job.

As the chief federal prosecutor for the Southern District of New York, which includes Manhattan, Bharara oversaw several notable corruption and white-collar criminal cases, as well as prosecutions of terrorism suspects.

He was one of 46 Obama administration holdovers who were asked to resign by the Justice Department on Friday.

Although U.S. attorneys are political appointees, and the request from Trump's Justice Department is part of a routine process, the move came as a surprise. Not every new administration replaces all U.S. attorneys at once.

The White House declined to comment further on the resignations.

The office in the southern district of New York handles some of the most critical business and criminal cases that pass through the federal judicial system. Bharara had been overseeing a probe into New York City Mayor Bill de Blasio's fundraising.

Bharara said his deputy, Joon Kim, would serve as his temporary replacement.

The law enforcement source declined comment on whether the office had any active investigations related to Trump.

On Wednesday, three watchdog groups asked Bharara to take steps to prevent the Trump Organization from receiving benefits from foreign governments that might enrich Trump, who has not given up ownership of the business.

Norm Eisen, a former White House ethics lawyer who leads one of the groups, Citizens for Responsibility and Ethics in Washington, questioned the timing of the firings.

"I do believe that something odd happened," he said. "You don't decide to keep 46 folks on, then suddenly demand their immediate exit, without some precipitating cause or causes."

Democrat Elijah Cummings, ranking member of the House Oversight Committee, said on Sunday it was the president's prerogative to fire U.S. attorneys. But he questioned why Trump had suddenly changed his mind on keeping Bharara.

"I'm just curious as to why that is," Cummings said on ABC's "This Week" program. "Certainly, there's a lot of questions coming up as to whether ... President Trump is concerned about the jurisdiction of this U.S. attorney and whether that might affect his future."

Republican Senator John McCain said he did not know what promises Trump might have made to Bharara in terms of keeping him on, but he said the president was within his rights to seek the resignation of political appointees from a prior administration.

"I do know that other administrations have done the same thing, perhaps not in as abrupt a fashion," McCain said on CNN’s "State of the Union."

"Elections have consequences, so for people to complain about it they are ignoring the history of new presidencies and I think the president had every right to ask for their resignations," McCain said.