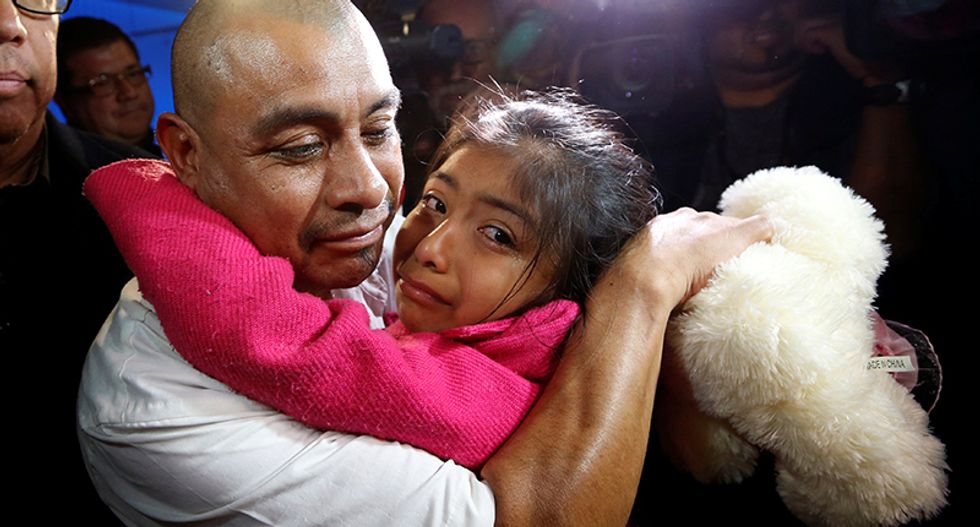 President Donald Trump's signal of a new openness to immigration reform in a speech to the U.S. Congress did little to win over Democrats who would be essential to revamping the nation's immigration laws.

Any goodwill Trump may have sparked with his mention of a chance for "real and positive immigration reform" in Tuesday's speech, his first to a joint session of Congress, was soon dashed by rhetoric that Democrats said tarred and misrepresented most immigrants.

"The speech he gave was one of the most anti-immigrant speeches that we heard any president ever give," Senate Democratic leader Charles Schumer said on Wednesday.

What offended Democrats, a minority in both chambers, was Trump's reference to past incidents in which one illegal immigrant "viciously gunned down" two California law enforcement officers and another "viciously murdered" a 17-year-old boy.

Trump built a base of support for his 2016 presidential campaign by vowing to fight illegal immigration, including a pledge to build a wall on the U.S.-Mexico border. On becoming president in January, he immediately issued a temporary visa ban against seven Muslim-majority countries, later blocked by federal courts. He also suspended a refugee program and initiated tougher deportation procedures.

Major immigration reform efforts failed in Congress under Trump's predecessors, Democratic President Barack Obama and Republican George W. Bush, because of deep divisions among lawmakers and Americans over the issue.

The challenges include how to protect illegal immigrants who came to the United States as children, and how to deal long-term with the estimated 11 million people living in the country without proper documentation.

Trump said in his speech that reform was possible if both Democrats and Republicans were willing to compromise.

Even before Tuesday's address, immigration reform-minded Republicans and Democrats in Congress were holding informal lunches and dinners, as well as conversations on the floors of the House of Representatives and Senate about the possibility of Trump eventually moderating his stance.

The Congressional Hispanic Caucus will meet on Thursday and discuss how, or whether, to react to Trump's signal of openness to reform at a time when a feeling of "fear and hopelessness" pervades Latino communities, one House Democratic aide said.

Republican Representative Mario Diaz-Balart of Florida, a leading voice for overhauling immigration laws, hoped that once the White House dealt with healthcare and tax reforms this year, Trump might tackle vexing immigration problems.

"Remember that old adage that only Nixon could go to China," said Diaz-Balart, a self-described optimist and son of Cuban immigrants who has labored for years over immigration laws.

He was referring to Richard Nixon, who in 1972 became the first U.S. president to visit the People's Republic of China despite having built his political career as the arch-enemy of communist governments.

After Tuesday's speech, a major change in tone will likely be needed for Democrats to engage with Republicans.

"Absent that, I don't believe a thing (they) have to say" on the administration's interest in reforming immigration law, Gutierrez told reporters. Gutierrez is of Puerto Rican descent and has worked in the past with Republicans on immigration legislation.

Some prominent Republicans said progress on the first major immigration reform since 1986 was still possible.

Senator John McCain of Arizona, who helped win Senate passage in 2013 of a sweeping bipartisan immigration law rewrite that subsequently died in the House, said of Trump's upbeat remarks: "I would hope that would open the door for negotiations and support" for legislation.

Senator Jeff Flake, an Arizona Republican who joined with McCain and others in 2013, said if there was an opportunity to go forward, Trump would likely want to pair bills that would be supported by opposing sides in the immigration debate.

For example, Flake speculated, the president might support putting into law temporary protections shielding "dreamers" from deportation - people who entered the United States as children. In return, conservatives could win new legislation on border security or "expedited deportations," he said, a trade-off Democrats might not want to make.