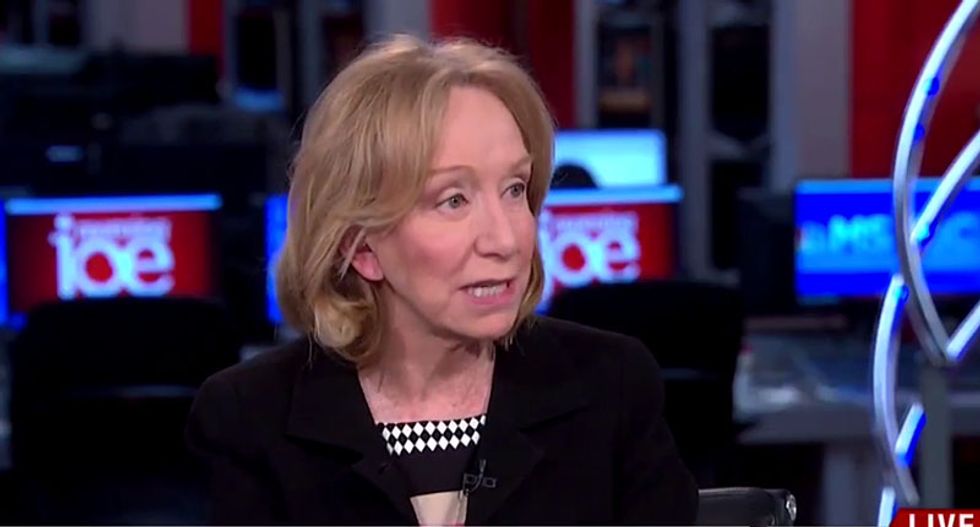 Mediaite.com said that Goodwin -- author of Team of Rivals, and in-depth look at President Abraham Lincoln and his Cabinet -- believes that Trump has already lost control of the direction of his administration.

The president's inability to let go of any slight or let any challenge go unanswered, Goodwin said, is his greatest liability.

The presidents whose lives and careers she has studied, Goodwin said, would want Trump to stop going off on Twitter every time he gets agitated or upset.

"If any of my guys came back as presidents," she said, "they'd give him a fake tweet account when he's mad" to keep Trump from embarrassing himself or the presidency.

Goodwin said the president needs handlers who will edit him and who would keep his anger from being the defining feature of his public persona -- like Pres. Franklin Delano Roosevelt's speechwriters who edited the anger out.

"Like FDR, he would make terrible things he'd say in speeches and then get rid of the anger," said Goodwin. "That anger has to be taken out and go somewhere or it's going to blow up the presidency."