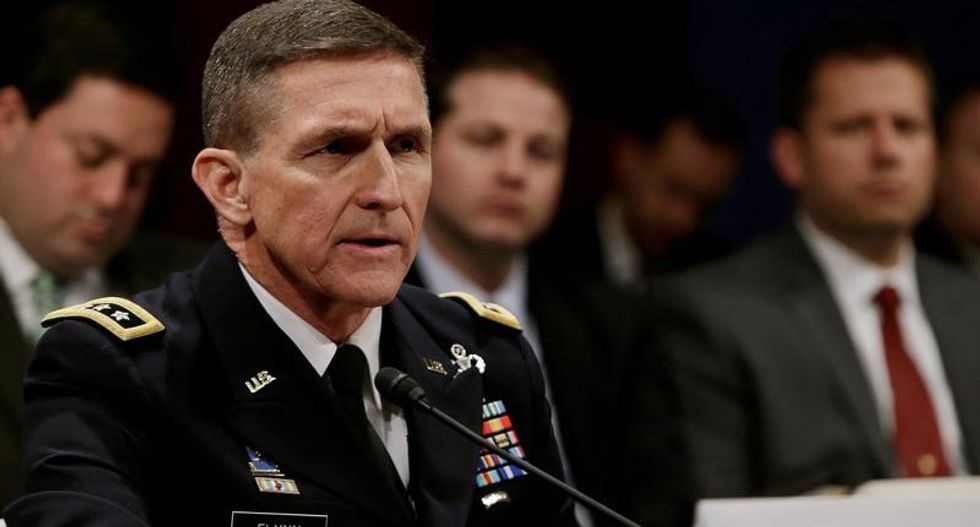 U.S. and British intelligence officials expressed concerns about President Donald Trump's appointment of retired Lt. Gen. Michael Flynn as national security adviser due to Flynn's relationship to the Kremlin and his interaction with a woman who has deep access to Russian spy records.

"They raised concerns about Flynn’s ties to Russia and his perceived obsession with Iran. They were also anxious about his capacity for 'linear thought' and some actions that were regarded as highly unusual for a three-star general," wrote the Guardian's Luke Harding, Stephanie Kirchgaessner and Nick Hopkins.

Flynn was forced to step down after serving only 24 days as national security adviser when it came to light that he had lied about his meetings with Russian ambassador and purported spy-master Sergey Kislyak.

On Thursday, Washington was rocked by the news that Flynn is interested in testifying in the investigation of Russian interference in the 2016 election but only if he can get immunity from prosecution. However, former CIA chief of staff Jeremy Bash said prosecutors would probably only grant immunity to Flynn in exchange for damning testimony against Pres. Trump.