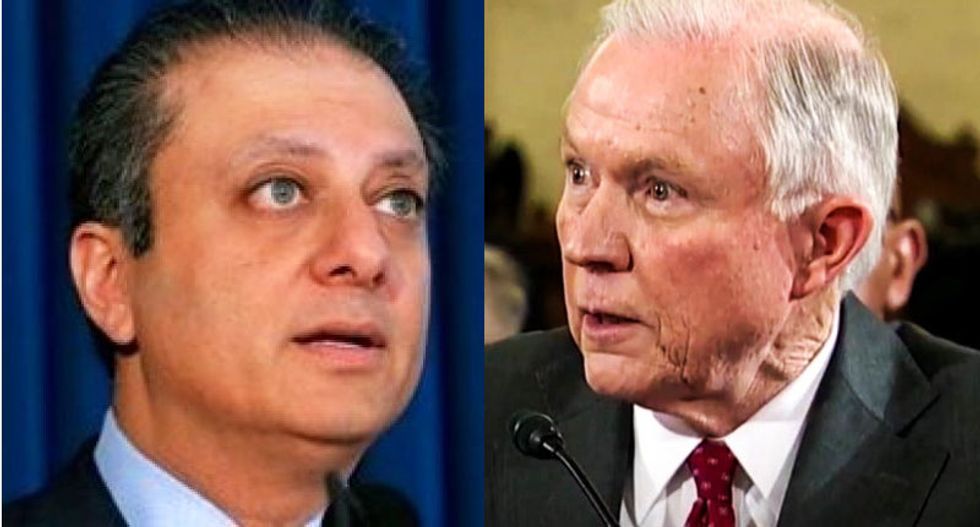 Despite a Friday demand from Attorney General Jeff Sessions that 46 U.S. Attorneys resign immediately, the U.S. Attorney for the Southern District of New York has refused to comply and might force Sessions to fire him.

According to the Daily Beast, Preet Bharara, who is overseeing several major investigations -- including one involving Fox News sexual harassment settlements -- has indicated he won't step aside.

On Friday, 46 U.S. Attorneys received a letter demanding their resignations, with Justice Department spokesperson Sarah Flores confirming Sessions expected them to clear out before the weekend.

According to sources within U.S. Attorney's office in New York, Bharara has not submitted his letter and has yet to speak with staffers. A source within his office stated that Bharara told his section chiefs that he may force Sessions to fire him instead.

The mass firing of the U.S. Attorneys came just hours after Fox News host Sean Hannity editorialized that the current Republican administration needs to "purge" all the holdovers from the Obama White House in order to stop leaks.

The  possible firing of the high-profile New York U.S. Attorney comes weeks after the Trump administration took heat for firing acting Attorney General Sally Yates for refusing to defend Trump's travel ban that was eventually tossed out by a federal court.