'Vindicated how?': Reporter calls out Sean Spicer for claiming Trump was right about false wiretap claims 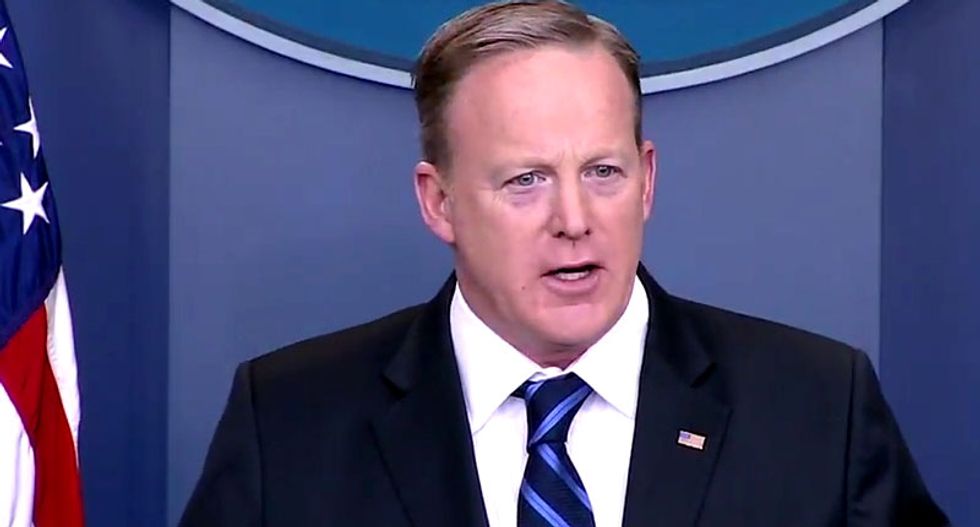 At issue was whether President Donald Trump should really feel "vindicated" by Rep. Devin Nunes's claims that some members of his administration may have had their communications monitored under the Obama administration, despite the fact that Nunes himself has said that he doesn't know for sure if such surveillance actually occurred.

"There has been an acknowledgement that there are documents out there showing that people were surveiled or monitored to some degree," Spicer replied.

"They could have exclusively been foreigners, Devin Nunes conceded," Alexander pointed out.

Spicer then tried to claim that it was too early to determine that since Nunes is scheduled to hold a hearing next week where he will presumably release new documents that back up his claims.

Alexander then point out that it doesn't justify Trump claiming vindication if he's relying on learning information that hasn't been released yet.

"What is the president vindicated by, then?" Alexander asked.