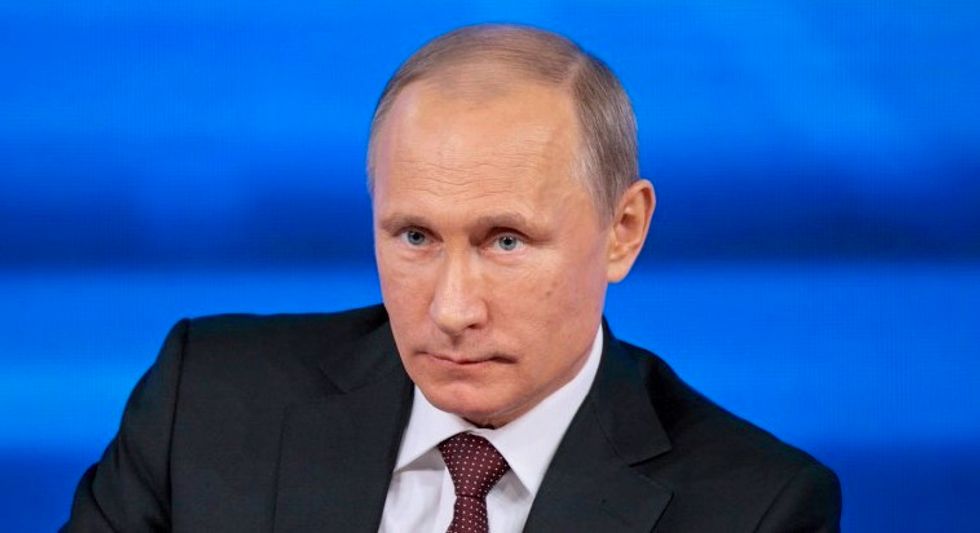 Russian President Vladimir Putin erroneously quoted Ronald Reagan as he reached out to American conservatives who are friendly to his administration.

Putin misattributed the infamous "read my lips" quote by George H.W. Bush to deny Russian interference in the U.S. election, and he denounced those allegations as "lies," reported CNBC.

A CNBC moderator asked Putin during a panel Thursday in Arkhangelsk, Russia, whether any evidence would show he attempted to meddle in the November election, and he invoked Reagan's name before quoting the Republican president's successor.

"Watch my lips, no," Putin said, referring to Bush's "read my lips" promise not to raise taxes.

The Russian president described allegations of his interference in the election as American political propaganda intended to undermine President Donald Trump's legitimacy.

"All those things are fictional, illusory and provocations, lies," Putin said. "All these are used for domestic American political agendas. The anti-Russian card is played by different political forces inside the United States to trade on that and consolidate their positions inside."

A recent opinion poll found 35 percent of Republicans had a favorable view of Putin, compared to just 9 percent support for then-President Barack Obama, and the Russian president reached out to those supporters.

"We said on numerous occasions and I reiterate that we are confident … and know for sure that opinion polls in the Unites States show that very many people are … friendly towards the Russian Federation, and I'd like to tell these people that we perceive and regard the United States as a great power with which we want to establish good partnership relations," Putin said.