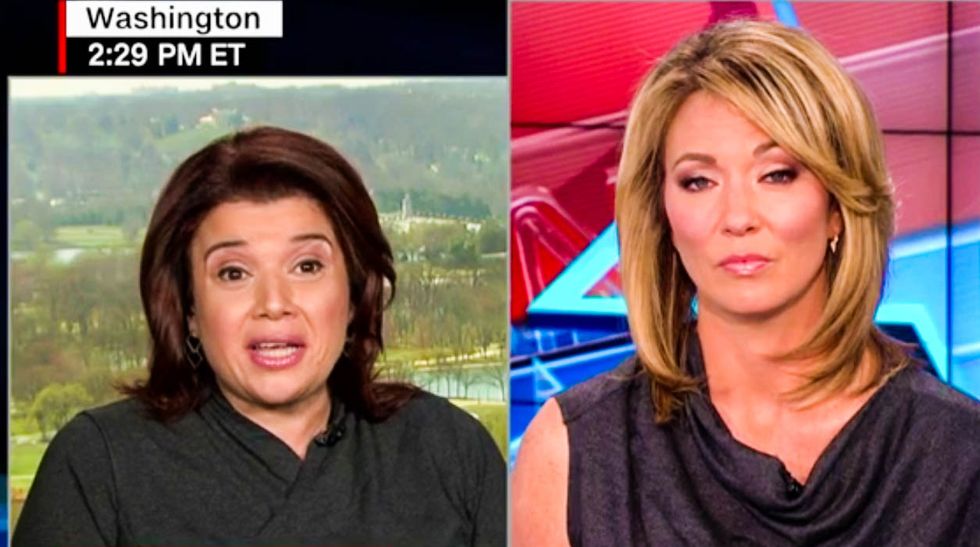 Rep. Steve King (R-IA) is still taking heat for his comments Sunday in which he said that it would be impossible to "restore" American civilization if we kept importing "somebody else's babies."

Appearing on CNN Monday afternoon, Republican strategist Ana Navarro laid into King, whom she dubbed a "pathetic little racist," while noting this was far from the first time the Iowa Republican had made racist statements.

"Steve King [was] being the pathetic little racist that he always is," Navarro said when asked by CNN host Brooke Baldwin for her reaction to King's comments. "This man has been in Congress now for seven terms, 14 years, and this is his only call to fame, to be a racist, to constantly be making these kind of denigrating remarks."

Navarro then went over some of King's past greatest hits.

"He's compared Mexicans to dogs," she noted. "He has said that Hispanic immigrant youth were coming in with calves the size of cantaloupes because they're smuggling drugs. This is what the guy does. This is the only thing he knows how to do. He can't pass legislation, he can't write legislation... he has no other accomplishments."

"Steve King being the pathetic little racist that he always is" - @ananavarro on controversial tweet by @SteveKingIA https://t.co/Rzu34Epmn8
— CNN Newsroom (@CNN Newsroom)1489430309.0