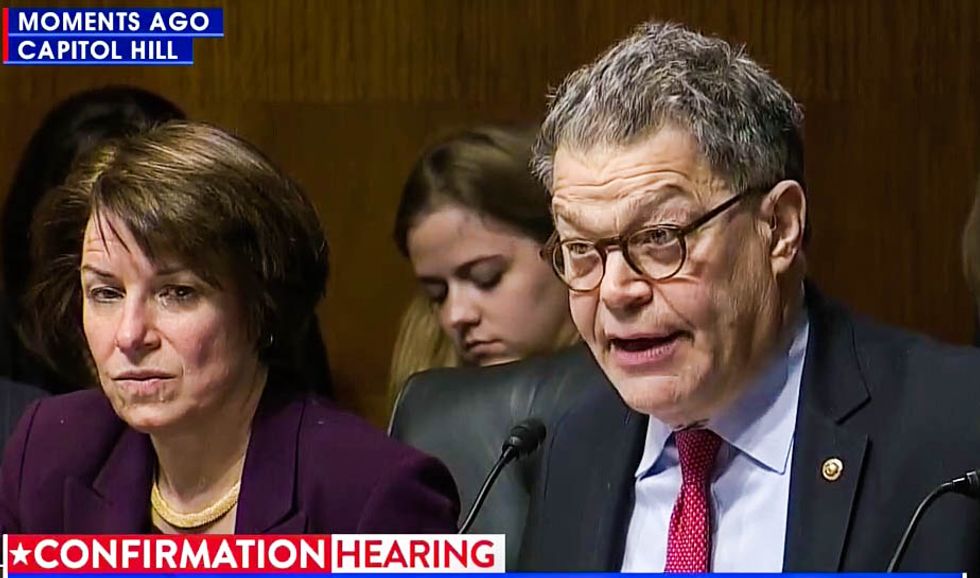 Although Attorney General Jeff Sessions has officially clarified his statements about his meetings with Russian government officials during the 2016 presidential campaign, Sen. Al Franken (D-MN) is still not satisfied.

During the Senate confirmation hearing of U.S. Attorney Rod Rosenstein for the position of deputy attorney general on Tuesday, Franken delivered a scathing rebuke of Sessions's clarification that he said was "insulting" to his former colleagues in the Senate.

While questioning Rosenstein during his confirmation, Franken read some excerpts from Sessions's letter and pointed out that the attorney general's responses were woefully inadequate.

Franken at this point was just getting warmed up.

"He answered a question I didn't ask, and for him to put this in his letter as a response is insulting, and he should come back and explain himself, Mr. Chairman," said Franken. "I think he owes that to us. Because this appears to me like he was -- and I have been, I've bent over backward not to say that he lied."

Watch the whole exchange below.