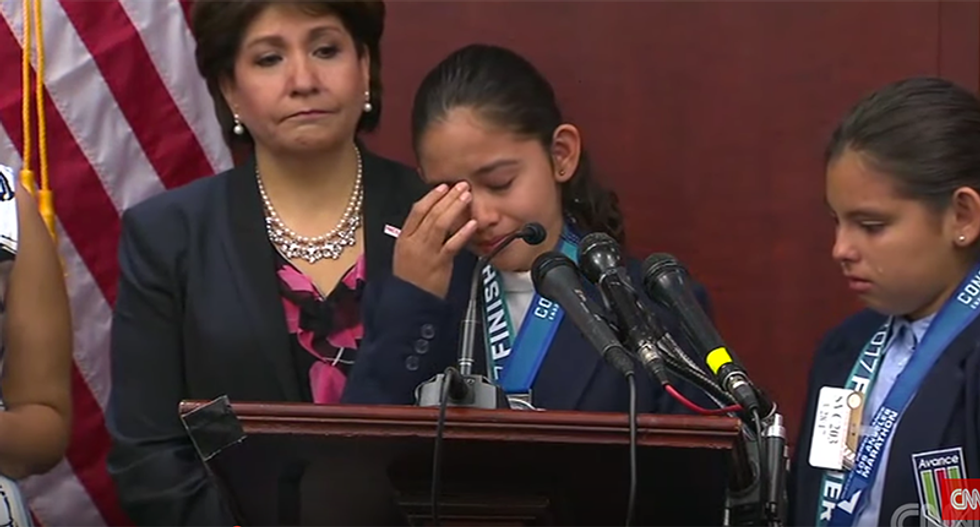 Romulo Avelica-Gonzalez is a 48-year-old father of four but he's also an undocumented immigrant, Alternet reported. He's lived in the U.S. for two decades working as a food preparer for a Mexican restaurant. He was mere blocks from his daughter's school in Los Angeles when police pulled him over, handcuffed him and handed him to immigration officials, leaving the family in the backseat crying.

"My dad was detained right in front of me on my way to school," she continued. "It was the hardest thing to watch, but I still went to school because my father showed me the importance of education. I knew I'd have someone to support me there."

Fatima filmed the ordeal and remembered the incident to the press.

"I finished the LA marathon with the help of my dad," she recalled. "He was always on my weekend practices with the bike right beside me, making sure I didn't give up."

Just a few days ago, Fatima saw her father for the first time since the incident. She said that he's lost weight since being deported.

"I'm scared that over time he will change more," she said.

Still, she pledges to continue moving forward to make him proud while he's gone. She told the audience Tuesday that she wants to finish school and go to college to be an immigration lawyer.

"That's like a new marathon for me, but I need my coach there, I need my dad," she said. "He's always been right beside me in any struggles I had."

Watch the full video below via CNN: