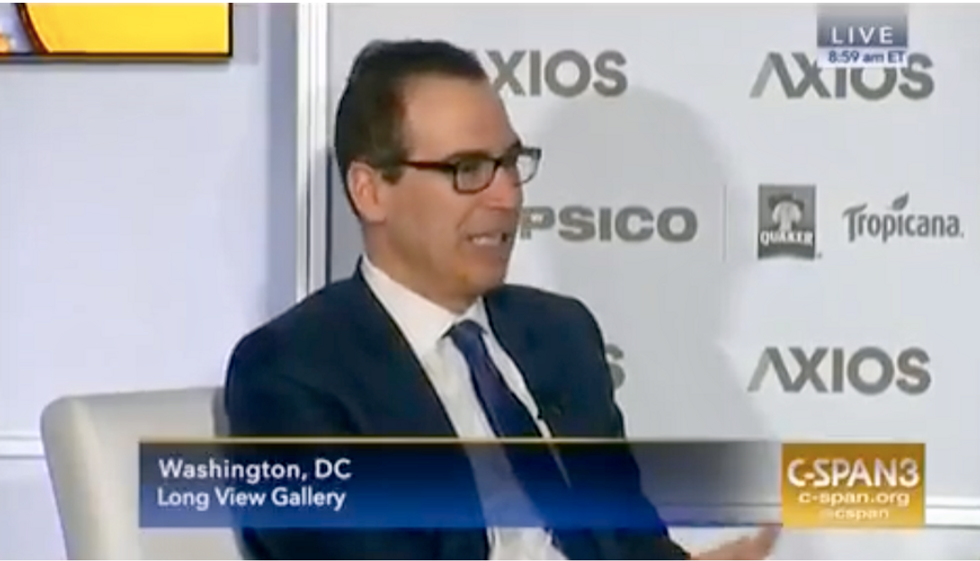 In the midst of the discussion, however, came this unusual endorsement from Mnuchin.

"This guy's got more stamina than anybody I've ever met," Mnuchin said of Trump. "I mean, I thought I was in good shape, but I travel with him all the time. It's unbelievable. He's constantly doing things."

"Given his diet and exercise, how does he pull that off?" Allen asked, referring to the president's well-known love of fast food and his disinclination toward any exercise more strenuous than golfing.

Allen asked Mnuchin how he stays "trim," but Mnuchin just said that the president isn't eating KFC anymore because the chefs at the White House are "great."