'We set a low bar -- he rammed his head on it': Liberal economist says Trump worse than expected 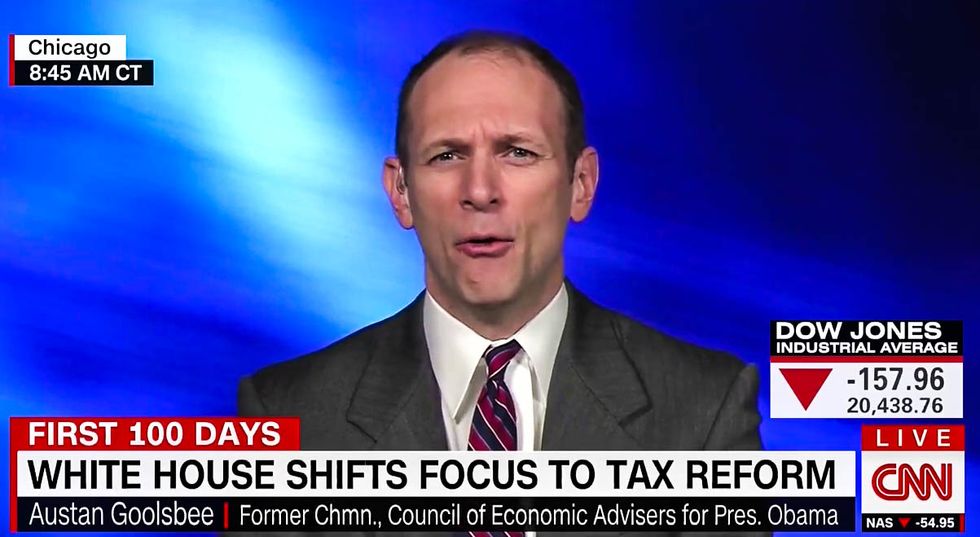 Liberal economist Austan Goolsbee says he didn't expect much from President Donald Trump -- and the president so far hasn't even met those measly expectations.

Appearing on CNN Monday during a panel discussion on tax reform, Goolsbee said last week's health care debacle showed Trump to be stunningly inept as a negotiator, as he didn't even grasp the basics of health care policy or politics.

"We set a low bar for the president, and he rammed his head on it," explained Goolsbee, an economics professor at the University of Chicago's Booth School of Business and a former Chairman of the Council of Economic Advisers under President Obama. "You knew that somebody who campaigns without specifics, without any trade offs... just telling people they're going to have their wildest dreams fulfilled, and he's going to replace Obamacare with something fabulous, you knew he was going to have problems when it actually came time to pass a policy."

Goolsbee then argued that Trump's lack of policy knowledge would similarly hinder any effort to reform the American tax system.

"The same thing is about to happen on tax reform," he said. "He has not set the stage for a sober discussion... that's going to involve trade offs... That's a mature discussion, and it's not one that Donald Trump is going to have. They're going to go out and find that every bit of reform they want to do has an enemy."