'We’re on a spiral into a mud puddle’: GOP desperate for Gorsuch win -- but skittish about nuking filibuster 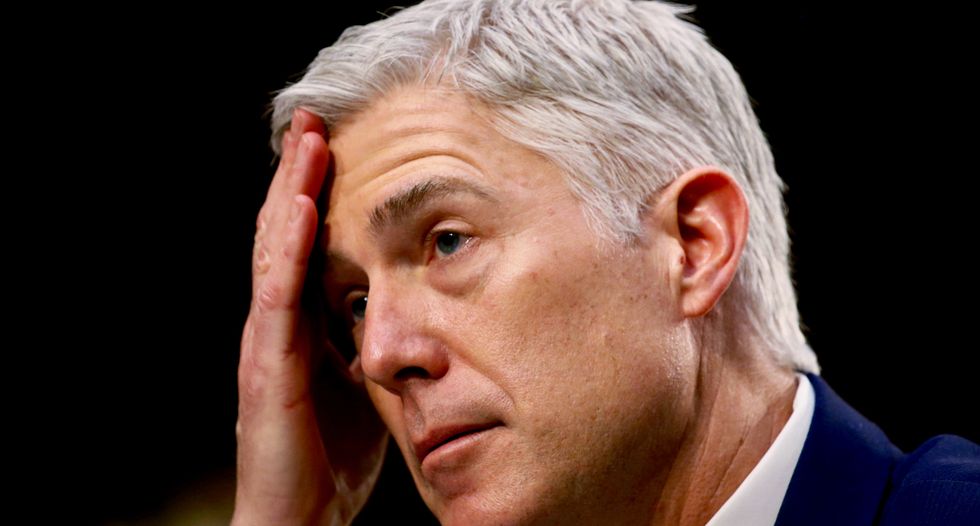 Senate Majority Leader Mitch McConnell (R-KY) is so confident that Supreme Court nominee Neil Gorsuch will be confirmed that he's predicting it will happen by the end of next week.

But he's also girding Senate Republicans for battle and has signaled he's willing to do anything to deliver a much-needed win for the GOP, reported Politico.

Three sources told the website that McConnell met privately with his leadership team this week to prepare them to deploy the so-called "nuclear option" if Democrats filibuster President Donald Trump's judicial nominee.

“Feel no guilt,” McConnell said, according to sources who attended the private meeting.

Five of the 10 Democratic senators from states Trump won have vowed to oppose Gorsuch's nomination, and it's looking increasingly likely that the conservative judge won't gain the 60 votes needed to overcome a filibuster.

McConell led the nearly yearlong blockade of of former President Barack Obama's judicial nominee, Merrick Garland, to give a potential Republican president to choose a replacement for the reliably conservative Justice Antonin Scalia, who died in February 2016, during the primary election campaign.

Trump, of course, eventually won the White House, and the GOP also maintained their majority in the House and Senate -- but the first two months of their unified governance haven't gone as planned.

The long-promised repeal of the Affordable Care Act crashed and burned last week, and a major overhaul of the tax code -- which is next on the GOP agenda -- could take months to accomplish, if at all.

That has left Republicans desperate to deliver some type of accomplishment to their voters.

“They want to see us get things done," said Sen. John Thune (R-SD). "We’ll get that done, so hopefully we’ll get an accomplishment.”

Sen. Ted Cruz (R-TX) signaled Republicans are willing to "do whatever is necessary to ensure that Judge Gorsuch is confirmed," but others appear to be squeamish about nuking the filibuster rule to do it.