What next after South Korea's presidential impeachment? 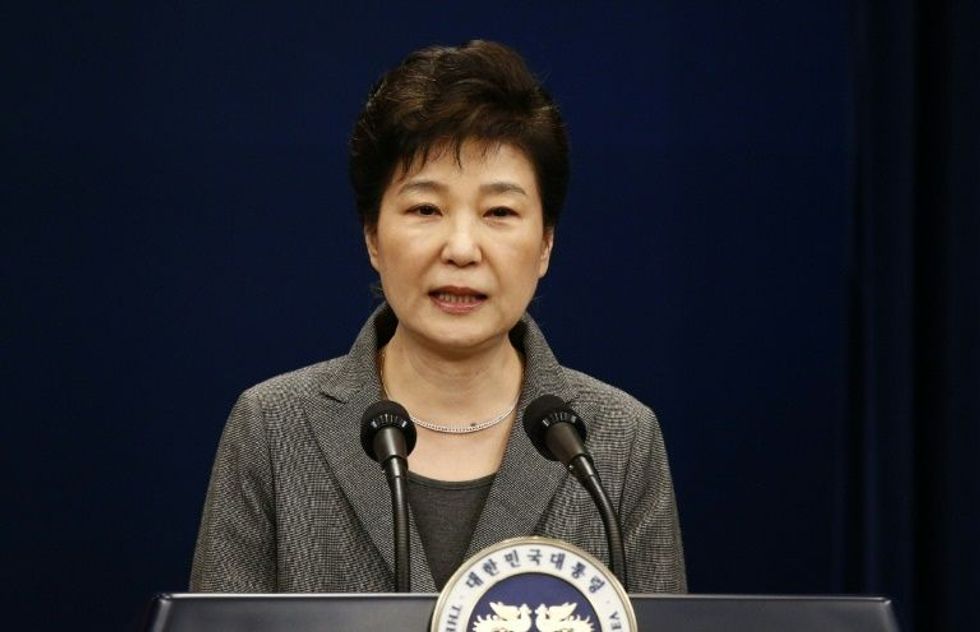 Millions have taken to the streets to demand her ouster over a corruption and influence-peddling scandal involving her secret confidante Choi Soon-Sil.

Choi is on trial for coercion and abuse of power for using her presidential ties to force local firms including Samsung, the world's biggest smartphone maker, to "donate" nearly $70 million to two foundations she controls.

Now that the public call has been fulfilled, here are some key developments that may await South Koreans -- and Park -- in the coming months.

The constitutional court's verdict immediately strips her of all powers and privileges, including protection from criminal indictment.

She is obliged to move out of the presidential palace, where she has been holed up for months, but an aide said she would not do so Friday as her private residence needed to be prepared.

Park has already been named a criminal suspect, accused of bribery for offering policy favours to the firms that benefited Choi.

For months she has refused to make herself available for questioning by prosecutors probing the scandal.

But that may no longer be an option once she leaves the Blue House, when she could face formal arrest if she refuses a summons.

Democratically elected Roh Moo-Hyun committed suicide in 2009 during a corruption probe into him and his family.

- What happens to South Korea? -

A presidential election is to be held within 60 days, with local media reports suggesting May 9 as the most likely date.

Both the court and acting President Hwang Kyo-Ahn appealed for the country to come together and move forward.

But the divisions fostered by the scandal will continue -- while Park's removal had overwhelming public support, she remains popular with an older, conservative constituency with fond memories of rapid growth under the 1961-79 rule of her father, her late army dictator, Park Chung-Hee.

Park's prime minister Hwang Kyo-Ahn has been serving as acting president since her powers were suspended by the parliamentary impeachment motion in December.

But he would have to step aside if he decides to stand in the presidential election race himself.

The current front-runner -- by a distance -- is the liberal former Democratic Party leader Moon Jae-In, on 36 percent.

But Hwang is in second place on 14 percent and conservative parties have few other standard-bearers to turn to after former UN Secretary-General Ban Ki-moon ruled himself out.

With only caretaker powers, Hwang has done little in office to distinguish himself, but if he chooses to run, finance minister Yoo Il-Ho is next in line to take over.

- What challenges lie ahead? -

Park's rule has seen growing popular anti-establishment sentiment -- as elsewhere in the world -- with South Koreans increasingly frustrated over economic and social issues.

The scandal has laid bare the deep-rooted, corrupt ties between government and big businesses, and is likely to embolden calls for reform of the giant family-controlled firms -- known as "chaebols" -- that dominate Asia's fourth-largest economy.

Park's successor will have their work cut out in the face of slowing economic growth, growing threats from the nuclear-armed North, and souring ties with China over a controversial US missile defence system.