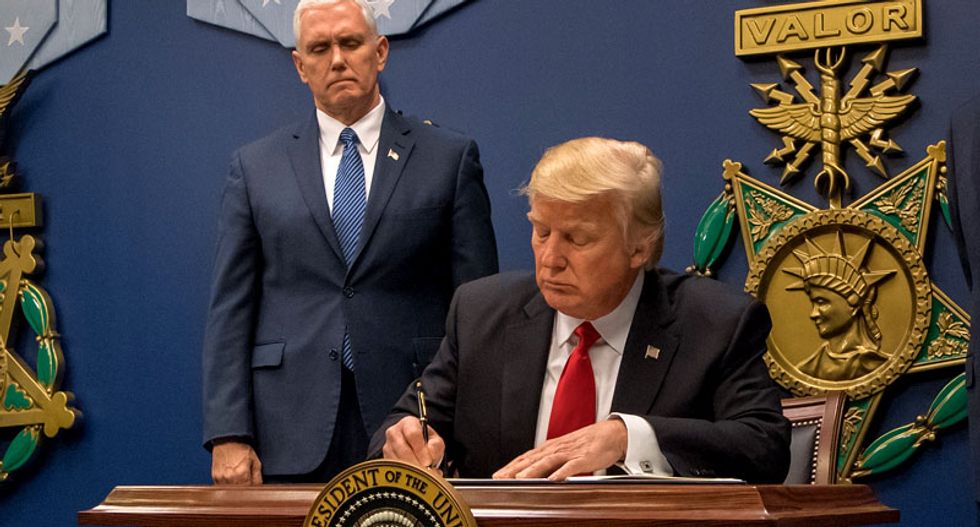 Monday afternoon President Donald Trump signed an executive order re-instituting a new and improved ban on travel from six countries after dropping Iraq from the original that was put on hold by a federal court.

However, according to White House sources speaking with the Daily Beast, the newly constructed ban contains an opening that would allow the President to add other countries after the furor over new one subsides.

The new ban still includes Yemen, Somalia, Syria, Libya, Sudan, and Iran, with the administration claiming Iraq was dropped because the Iraqi government stated it would share more information about travelers and agreed to take back Iraqis booted from the U.S.

However, during the 90-day freeze mandated by the executive order, more countries could be added to the list.

According to insiders, Trump has asked the Department of Homeland Security and the State Department to investigate whether there are any other countries whose citizens should be banned. Additionally, White House officials were unclear whether Trump would request another ban at the end of the new one when it expires -- should it not be struck down by the courts in the mean time.

At issue for the courts will be whether the travel ban do-over once again illegally discriminates against travelers based upon their religion.

The six countries remaining on the list are all Muslim-majority countries.