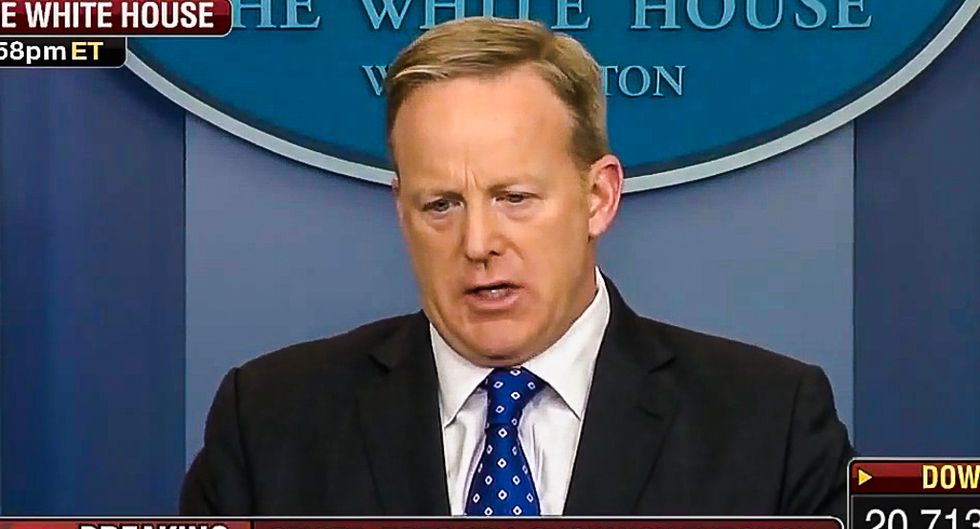 White House spokesman Sean Spicer said on Monday he was almost certain Donald Trump had not spoken to FBI Director James Comey about the president's claim, without evidence, that the previous administration wiretapped him during the 2016 campaign.

Spicer told reporters he was "almost 100 percent certain" Trump had not spoken to Comey since the Republican president claimed on Twitter on Saturday that former Democratic President Barack Obama ordered a wiretap at Trump Tower in New York. Comey has asked the Justice Department to reject that claim.