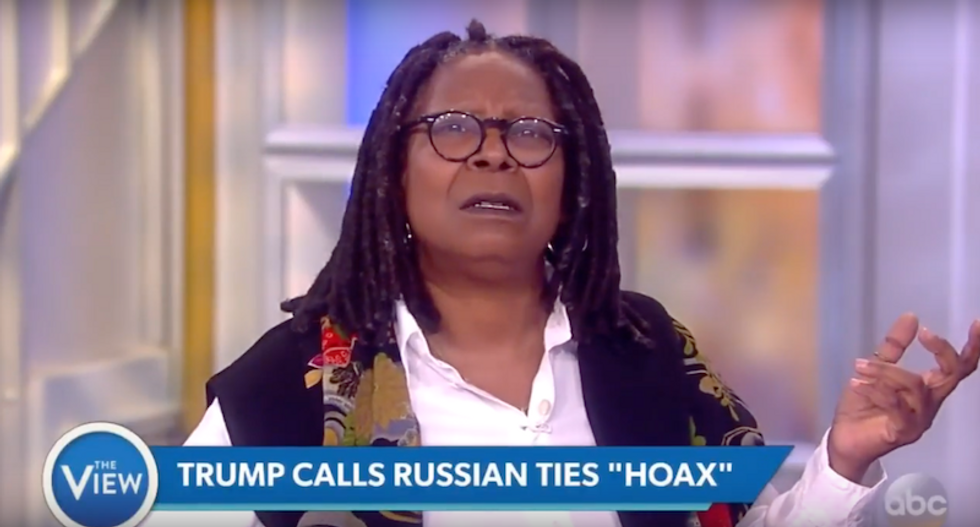 Hosts of ABC's The View on Tuesday questioned why House Intelligence Chairman Rep. Devin Nunes (R-CA) has declined to recuse himself from the Russia investigation, despite claims from Congressional leaders that Nunes heading the investigation is ethically questionable.

Whoopi Goldberg cited a tweet from the president on Monday asking why the House Intelligence Committee isn't investigation Hillary Clinton's Russia ties, and calling the Trump-Russia story a "hoax."

"If it is a hoax, don't you want them to investigate and clear your name, my friend?" Goldberg questioned. Joy Behar added, "First of all, we know he's a committed serial liar, so when he says it's a hoax, he means it's not a hoax."

Sunny Hostin noted that during the transition, Nunes was fielding calls from foreign leaders. "It's possible that Nunes himself could have been picked up on a wiretap. So there's such a conflict of interest there for me, he has to step down."

Goldberg later asked: Where is Fox News' voice on the issue? "Why isn't Fox screaming about this? They screamed about Benghazi," she argued. Conservative host Jedediah Bila added, "If you have a brain right now and you're a functioning person, the word 'Russia' has come up way too many times with this administration."

"That name is showing up too much for me to be comfortable right now," she said.