Whoopi Goldberg loses it over Ben Carson: 'How does he miss what slavery is?' 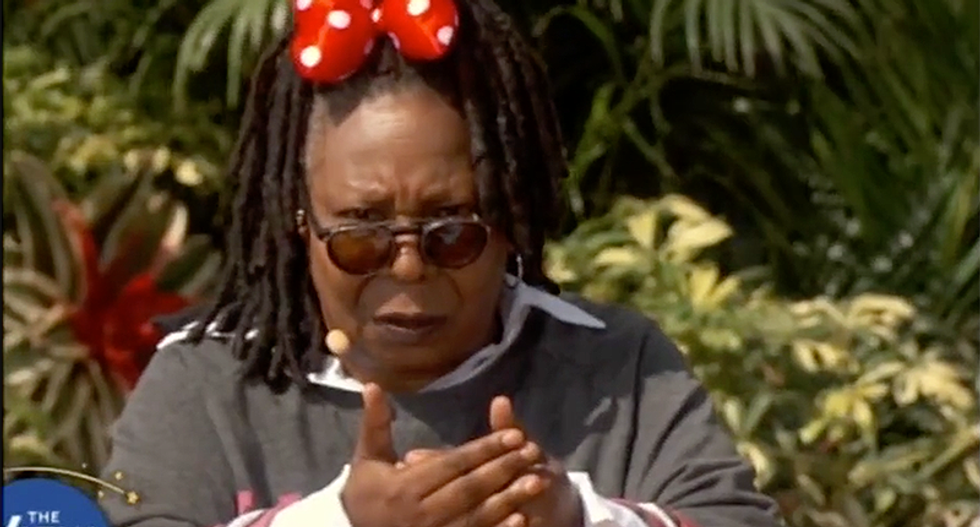 Whoopi Goldberg went off on Housing and Urban Development Sec. Ben Carson on Tuesday's episode of "The View." The co-hosts are airing their show this week from Disney World, but even the happiest place on Earth couldn't stop Goldberg from unleashing on Carson.

"From the man who thought the pyramids were built for grain silos and called the Big Bang Theory ridiculous, comes a brand new epic," Goldberg said, before showing the clip of Carson speaking to HUD Monday.

Goldberg proposed sending Carson a history book so he could more fully understand.

"Were the slaves really thinking about the American Dream?" she asked. "No, because they were thinking, 'What the hell just happened?!' You know, when people immigrate, they come with the idea that they're going some place for a better life. That's why people immigrate to America every day."

Joy Behar cut in that most times if people emigrate it's voluntary. She recalled that Carson said that Obamacare was worse than slavery and concluded that Carson must not think slavery is all that bad.

Even conservative Jedidiah Bila, who called Carson a wonderful man, encouraged Carson to "think before he speaks." Her fellow co-host Sunny Hostin said that she and her husband know Carson from John Hopkins and also know him to be a good person.

"How does he miss what slavery is?" Goldberg exclaimed. "How does he miss that no slave came to this country willingly? How does that get missed by this 'nice' man? I'm sorry, Ben, 'Roots!' Watch 'Roots!'"

You can watch the full discussion below:

Trump’s intel director feared Jan. 6: ‘He expressed concern it could spiral out of control’

Donald Trump's last director of national intelligence was deeply concerned about the former president's effort to overturn his election loss, according to new testimony from a former White House aide.

Cassidy Hutchinson, the top aide to former White House chief of staff Mark Meadows, testified Tuesday before the House Select Committee that she grew fearful about Jan. 6, 2021, as she learned more about the the planning.

Former top Mark Meadows staffer Cassidy Hutchinson testified under oath on Thursday that he was worried that Jan. 6 would get "really, really bad."

Hutchinson held the title of "Special Assistant to the President for Legislative Affairs, Office of the Chief of Staff" on Jan. 6, 2021 and testified during Tuesday's last-minute hearing of the House Select Committee Investigating the Jan. 6 Attack on the U.S. Capitol.