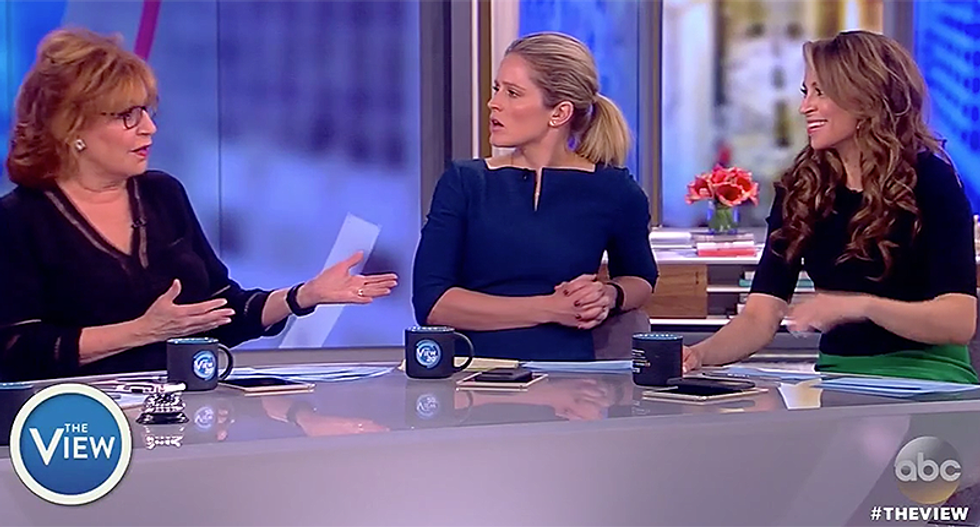 The women of "The View" had a heated discussion when conservative host Jedidiah Bila urged the women to trust what President Donald Trump said in his joint session of Congress. Her fellow co-hosts weren't having it.

"He talks about unifying -- he burns the house down then says 'let's build the house,'" Joy Behar said.

Whoopi Goldberg said that she isn't one to look at what Trump says but what he's actually doing. "I've been watching how he conducted himself and who he's surrounded himself with."

Co-host Sara Haines agreed, saying she doubts that Trump will suddenly "change his heart and all of the sudden have empathy."

When it came to Trump finally denouncing anti-Semitism, Goldberg said that she didn't take it seriously because he waited far too long and allowed people to engage in acts of hate in his name. She was specifically referring to the shooter in Kansas City who killed the Indian man because he thought he was Iranian.

"He mentioned it briefly, ya know?" Goldberg said. Instead of throwing it out there, she said that Trump should have been much stronger. "He says he's a supporter of mine, well, I'm not a supporter of his! That was horrific!" she suggested Trump say instead.

"If those families had been in the gallery also, I might feel a little like -- OK, you are starting to get it," she continued. Later in the program, Goldberg continued to rail on Trump for not starting task forces on the two men shot in Kansas City.