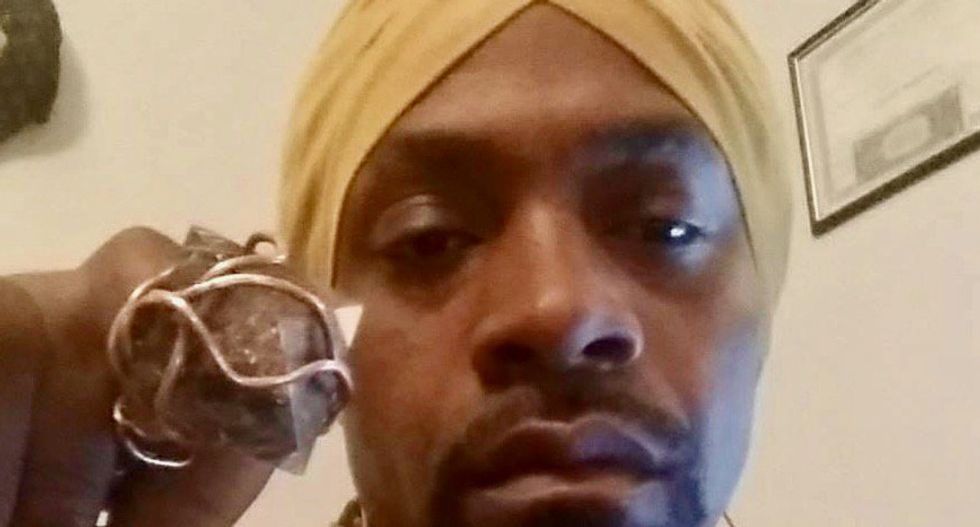 A man accused of murdering a motel security guard and gunning down three white men in a racially motivated Fresno, California shooting spree was ordered to undergo a psychiatric exam on Friday after entering a courtroom yelling "let black people go!"

Kori Ali Muhammad, 39, had been scheduled for an initial court appearance on murder charges stemming from the death of Motel 6 security guard Carl Williams when the postponed the proceedings, said Steve Wright of the Fresno County District Attorney's Office.

The judge also ordered Muhammad, who goes by the nickname Black Jesus, to undergo a mental competency exam by court-appointed physician at the request of a public defender appointed to represent him, Eric Christensen.

That doctor was expected to report back to the court on May 12.

The Fresno Bee newspaper reported that Muhammad, who was shackled and wearing a yellow jail jumpsuit, entered the courtroom shouting: "Let black people go!" and "reparations!"

Prosecutors say Muhammad was angry over being evicted from his room when he opened fire on Williams and a second security guard in the parking lot of the Fresno-area Motel 6 on April 13.

Prosecutors have not yet filed charges against Muhammad in connection with the shooting rampage, in which he is accused of shooting three white men in quick succession in downtown Fresno on Tuesday.

Fresno Police spokesman Mark Hudson said the investigation would likely conclude within days, and that the department would likely deliver its findings to prosecutors by early next week. Muhammad faces a maximum of life in prison if convicted of the two charges filed against him on Thursday in the motel case.

Although Muhammad shouted "Allu Akhbar" as he was taken into custody following the shooting, Fresno Police Chief Jerry Dyer has said the case did not appear to be an act of terrorism.

"Kori Muhammad is not a terrorist, but he is a racist, and he is filled with hate, and he set out this week to kill as many people as he could," Dyer said on Wednesday.

Police say Muhammad opened fire 17 times at about 10:45 a.m. on Tuesday as he walked and ran along several blocks in Fresno, killing the three men in less than four minutes. A fourth man was missed by the bullets.

Fresno is an agricultural hub in California's central valley, about 170 miles (275 km) southeast of San Francisco.