Adam Schiff: 'None of what we're doing in Syria is authorized' 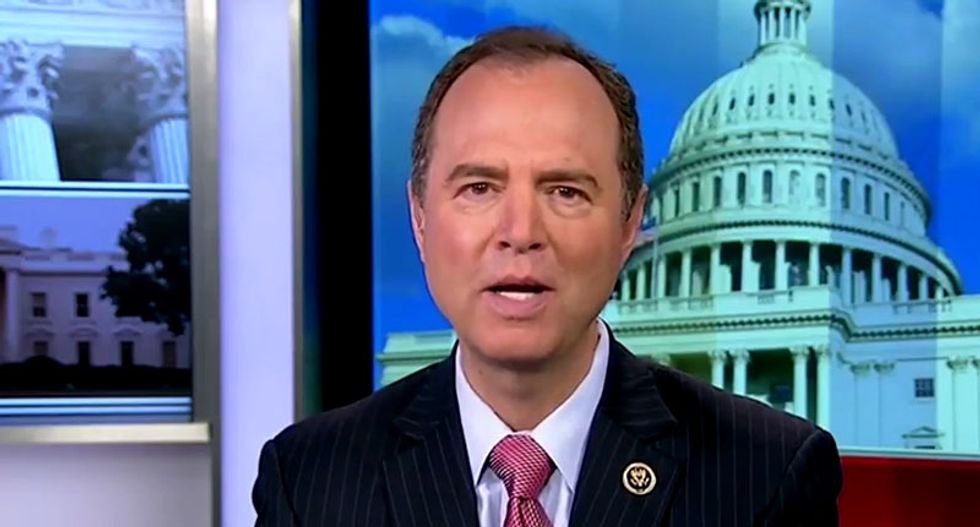 Less than an hour after the United States bombed a Syrian airfield in Homs, the top Democrat on the House Intelligence Committee spoke with MSNBC's Rachel Maddow.

"At most, we can hope that this will deter the regime from using chemical weapons again," Rep. Adam Schiff (D-CA) said. "That is probably the most significant thing you could hope for as well as a deterrent to other regimes in the future by using chemical weapons, but there are still a lot of issues to be resolved and one of them for the Congress is all of this is being done, not just the attack today, but is being done without any congressional vote, any congressional authorization and Congress really needs to deal with this."

Maddow asked Schiff if he thought that the strike was legal and he confessed that he asked that same question to the Director of National Intelligence.

"That was out of his lane as I thought it might be, that's really not directly the responsibility of the DNI," Schiff continued, but said it was one he thinks Congress should ask.

"I think we already know the answer to the question in terms of U.S. law and that is none of what we're doing in Syria is authorized and this is an issue I took with the Obama administration. I introduced the AUMF that would authorize the use of force against ISIS and al Qaeda. I'm going to be reintroducing that after the recess. Even that authorization, even the argument the Obama administration used that the pre-existing authorizations were broad enough to go after ISIS in Syria, that rationale doesn't hold up. Even if it did, it wouldn't extend to attacks like this one on the regime."

Watch the first part of the interview below: